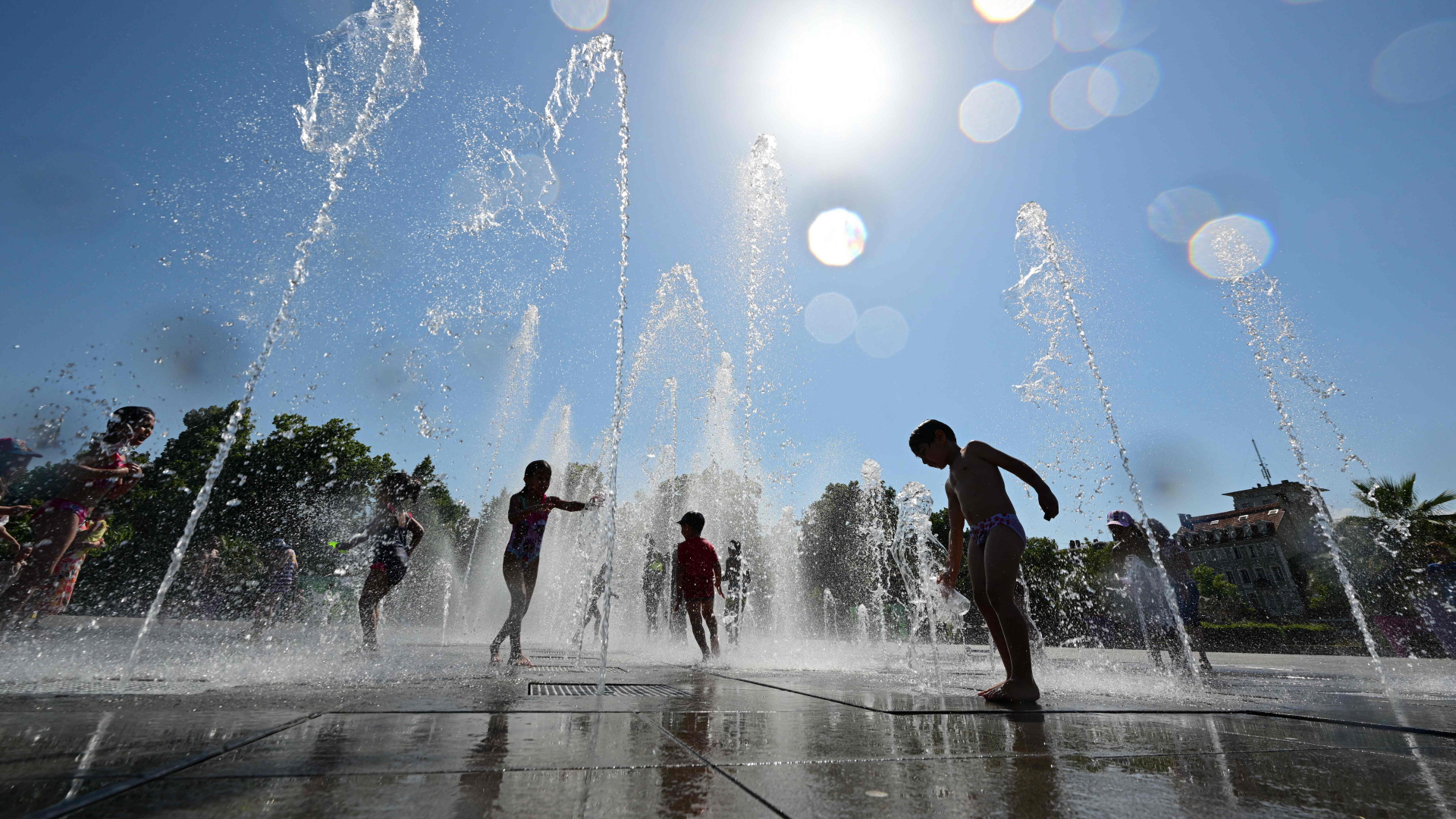 A number of Western European nations are set to experience record temperatures for the time of year on Saturday, with forest fires breaking out in several locations amid dry conditions.

The unseasonably early heat wave has underlined warnings from scientists that global climate change means such weather events will occur earlier and with greater severity in the future.

In Germany, firefighters have been tackling several wildfires, including one south of the capital, Berlin, as already high Friday temperatures were forecast to rise over the weekend, especially in the Upper Rhine region and in the east of the eastern state of Saxony.

The German Weather Service (DWD) also warned of high UV levels amid temperatures of up to 38 C (100.4 F) in some places.

Water rationing has been introduced in some parts of the country after an unusually dry spring.

In Spain, where the heat wave began a week ago, forest fires burned nearly 9,000 hectares (22,240 acres) of land in the northwest Sierra de la Culebra region on Friday. Regional authorities said some 200 people were forced to evacuate their homes. Fires were also reported near the Puy du Fou theme park in central Spain, where more than 3,000 were evacuated, and in woodlands in Catalonia.

On Saturday, “red” heat alerts were issued for the autonomous communities of Aragon, Navarra and La Rioja, where temperatures of up to 42 C (107.6 F) were reported.

Spain already had a first heat wave at the end of May, with temperatures rising 15 C above the seasonal average. Last month was Spain’s hottest May since the beginning of the century.

In France, state weather forecaster Meteo France said June temperature records had already been beaten in 11 areas on Friday and that temperatures could reach as high as 42 C in some areas on Saturday.

More than half of French departments were at the highest or second-highest heatalert level by the afternoon on Friday and forest fire warnings were issued from the Pyrenees in the south to the Paris region.

A Meteo France climatologist, Matthieu Sorel, said it was the earlier heat wave recorded in the country since 1947, calling the weather “a marker of climate change.”

In Italy, several towns in the north have introduced water rationing and the Lombardy region may declare a state of emergency amid a record drought that has devastated harvests.

The UK recorded its hottest day of the year on Friday, with temperatures reaching over 30 C in the early afternoon, meteorologists said.

Respite from the heat wave is expected to come on Sunday, with cooling storms likely in many locations.

Experts say the unseasonable weather is a harbinger of things to come if human activities continue to emit greenhouse gases that cause the Earth to warm at a dangerous rate.

“As a result of climate change, heat waves are starting earlier,” said Clare Nullis, a spokeswoman for the World Meteorological Organization in Geneva.

“What we’re witnessing today is unfortunately a foretaste of the future,” she added,

“In some parts of Spain and France, temperatures are more than 10 degrees higher — that’s huge — than the average for this time of year,” she said.