Home » Is Hungary becoming Russia’s spy hub within the EU? 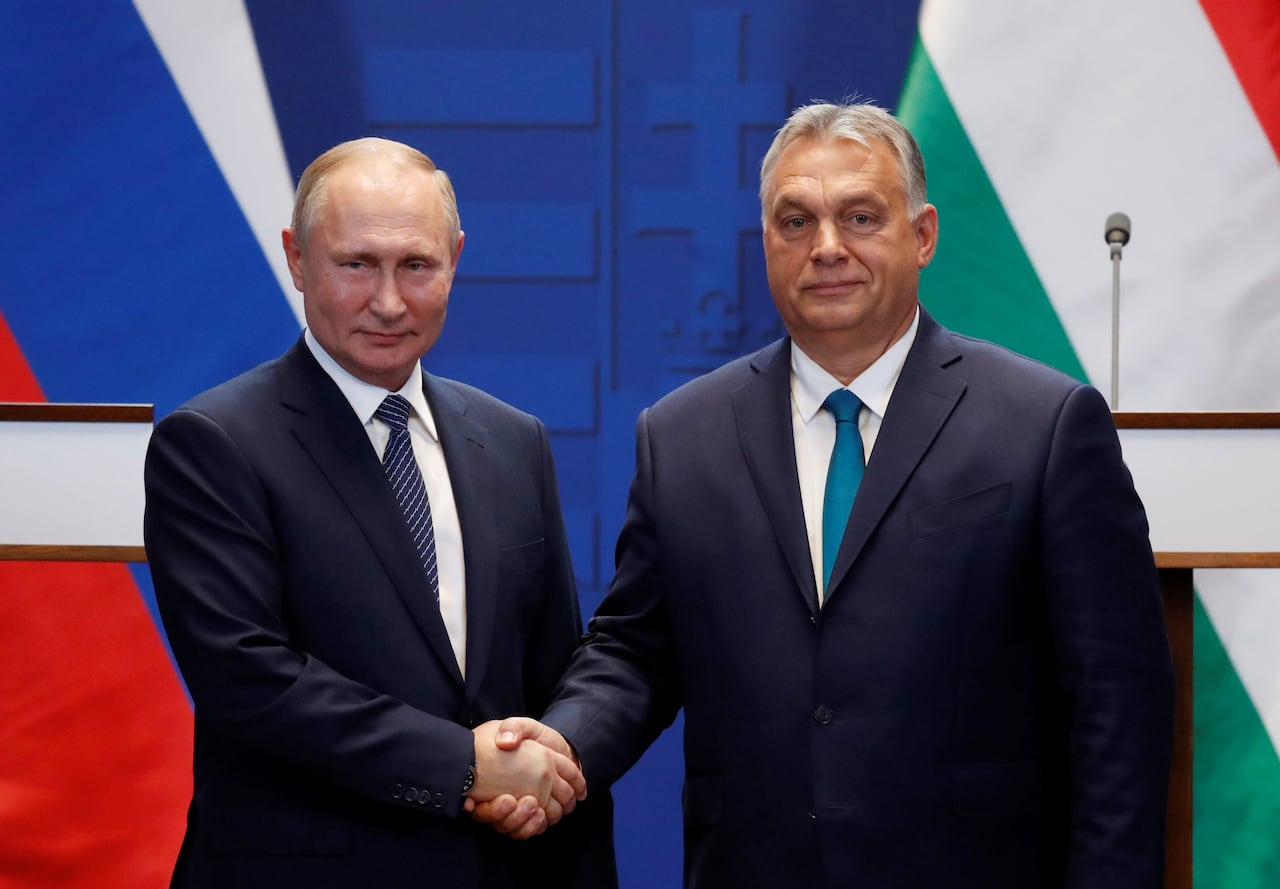 Hungarian Prime Minister Viktor Orban maintains close relations with Russia and seems to be turning a blind eye to the presence of Russian agents in Hungary.

In late November 2022, Ukrainian special forces arrested a suspected Russian agent at the Ukraine–Hungary border. The man had been attempting to smuggle secret information into EU member state Hungary on a flash drive that he had allegedly concealed in his anus.

As it turned out, the spy had intended to hand over the drive to the Russian Embassy in the Hungarian capital, Budapest.

Investigative journalist Szabolcs Panyi recently wrote about the case for the website Balkan Insight. He has been researching Russian espionage activity in Hungary for quite some time now.

A den of spies at the heart of the EU?

Panyi fears that Budapest could become a centre of Russian espionage within the EU. Over 50 accredited diplomats are currently working at the Russian Embassy in Budapest, while just over 20 are working in Prague, Warsaw and Bratislava put together.

„It is well known that many agents pose as diplomats because it gives them immunity; in other words, it means they cannot be prosecuted by the authorities of the host country,“ Panyi told DW.

But staff at the Russian Embassy are not the only ones to enjoy immunity; staff at the International Investment Bank (IIB), which was founded during the Soviet era, do, too.

Three years ago, the bank moved its headquarters from Moscow to Budapest. This means that it has nothing to fear from Hungary’s financial regulation authority and judiciary and doesn’t need to worry about criminal investigations.

When the move was announced, Hungary’s opposition voiced its suspicions that the government in Budapest was supporting the development of a KGB network.

The reason for this was that the head of the IIB, Nikolay Kosov, hails from a family of spies: His father had been a KGB resident in Budapest and his mother was once described by the Russian state-run news agency TASS as „one of the most remarkable spies of the 20th century.“

After Russia invaded Ukraine on February 24, 2022, EU and NATO members Bulgaria, Romania, the Czech Republic and Slovakia all announced they would be ending their involvement in the IIB. Hungary did not follow suit.

Moreover, since the invasion, all EU member states — with the exception of Hungary — have been willing to expel Russian spies posing as diplomats.

Szabolcs Panyi told DW that there are many cases that confirm that the Russian intelligence services are active in Hungary and that the Hungarian authorities have noted this without protest.

One example he gave was the case of Bela Kovacs (nicknamed „KGBela“), a former MEP for the right-wing Jobbik party. Kovacs was reported by the Hungarian domestic intelligence service in April 2014 but was only charged with spying for Russia in April 2017. It took eight years for a final judgment to be passed, by which time Kovacs had moved to Moscow.

Research conducted by Panyi and his associates also reveals that Russian hackers have repeatedly penetrated the IT networks and internal communications of the Hungarian Foreign Ministry since at least 2012 and again after the invasion of Ukraine.

Panyi said that although the government in Budapest has never actually confirmed these attacks, Hungary’s Western allies are well aware that the ministry’s IT systems have been compromised, which is why they are cautious about sharing secret information with Hungary.

Entry with a ‚golden visa‘

Hungary’s „golden visa“ program also posed a considerable security risk. It allowed foreigners who bought so-called „residency bonds“ for €300,000 ($317,000) and paid a processing fee of €60,000 to obtain a five-year visa for the Schengen Area, effectively allowing them to travel freely around much of Europe. The program was launched in 2013 and was terminated four years later following pressure from the EU.

In cooperation with the Ukrainian open-source intelligence group Molfar, which conducts military investigations and fact checks for Eastern Europe, Panyi and his associates also exposed the case of Andrey Naryshkin, son of Sergey Naryshkin, the head of Russia’s Foreign Intelligence Service SVR.

Andrey Naryshkin and his family came to Budapest on a „golden visa“ and were able to live undisturbed in the city. Naryshkin’s apartment was registered as the company property of a businessman who has been friends for more than 10 years with Antal Rogan, head of Prime Minister Viktor Orban’s Cabinet Office.

Rogan was responsible for marketing the golden visas until 2017. According to the NGO Transparency International, companies with links to Orban’s ruling Fidesz party have earned about €411 million from marketing golden visas.

Abuse of the naturalization procedure

The naturalization procedure for members of the Hungarian minority in Ukraine also caused security problems. Because checks were inadequate, many Ukrainian citizens who could not even speak Hungarian were able to get Hungarian citizenship, which allowed them to travel freely within the Schengen Area.

The government’s official gazette often contains reports about the revocation of Hungarian citizenship for Ukrainians with dual citizenship who apparently provided false information during the naturalization procedure.

This is another way Russian secret agents could have gained access to countries in the Schengen Area.

Panyi and his associates have also investigated the close links between Orban’s government and Putin. They came to the conclusion that Hungary’s dependence on Russian fossil fuels, joint business deals in the energy sector and the fact that Russia supplied both technology and money for the extension of the nuclear power plant near Paks in Hungary have allowed Moscow to hold the Orban government hostage.

„Cooperation in the energy sector and also the activities of the Russian intelligence service in Hungary go back a long way,“ explained Panyi. He went on to say that because cheap energy is of systemic importance not only to the Hungarian economic model but also to European supply chains, this cooperation was never questioned.

On the contrary, said Panyi, it was seen as one of the perks of Hungary as an economic location and meant that all governing parties in Hungary have sought to maintain good relations with Russia.