Home » Germany should view its ties with China objectively, experts warn as Scholz gets tough on Taiwan question 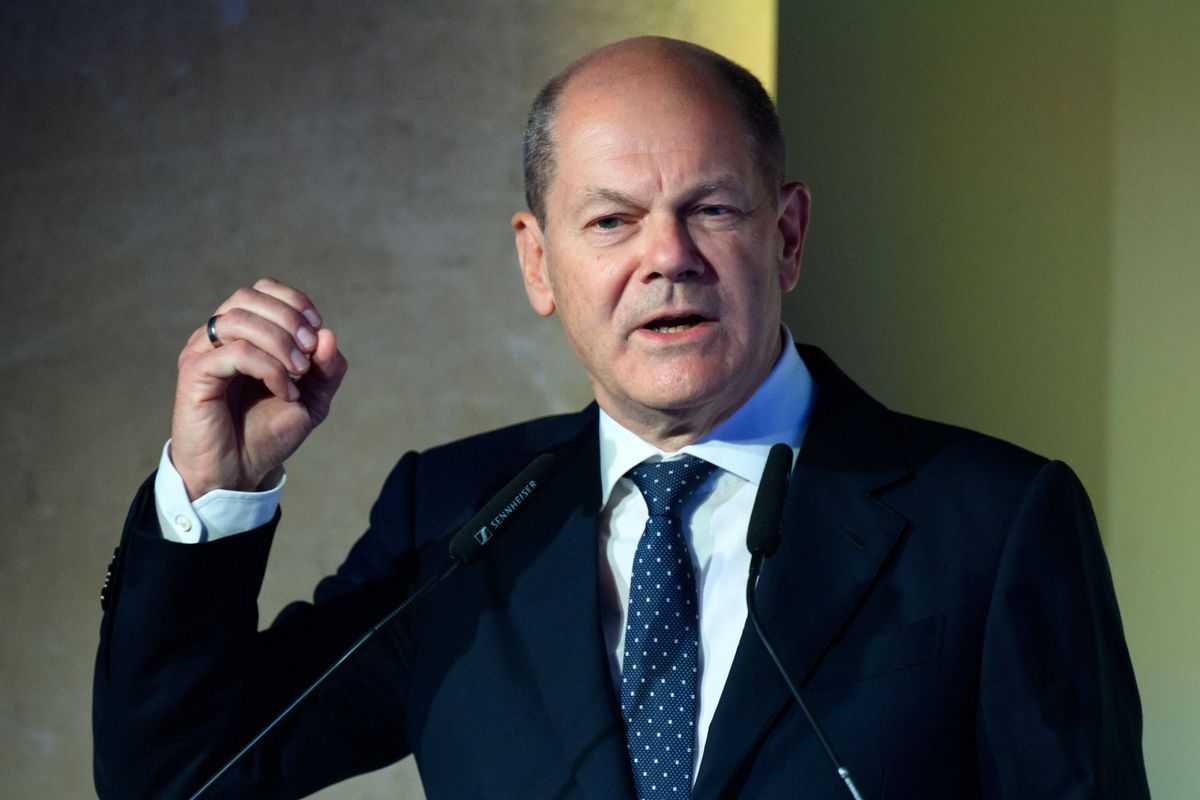 In yet another tougher line toward China, German Chancellor Olaf Scholz said in an interview Sunday that violence must be banned from international relations as he commented on the Taiwan question.

In view of recent claims Germany made either on an expanded military presence in Indo-Pacific or reducing trade dependence with China, experts urge Berlin to view its ties with Beijing objectively, as Europe’s economic recovery needs China’s support.

When asked about the Taiwan question during an interview with Deutschlandradio broadcast Sunday, Scholz said, „It’s important that we ban violence from international relations. That is what we as politicians have to bring about. And that’s why it’s also a principle that guides us in our talks with others, including when it comes to China’s development.“

Scholz’s remarks are an outright shifting of blame, as tension across the Taiwan Straits is caused by incessant provocation and intervention from the West in China’s internal affairs and repeated trampling on China’s bottom line. Scholz is in no position to interfere in the Taiwan question, observers said.

Germany, whose top trading partner has been China for the past six years with trade volumes reaching over $246 billion in 2021, is increasingly joining other Western allies in flexing more muscle in the Indo-Pacific region, citing so-called growing alarm over Beijing’s territorial ambitions.

Negativity on China policy has become a basic trend in Germany nowadays, directly related to increased geopolitical sentiment in Europe under the impact of the COVID-19 pandemic and the Russia-Ukraine conflict, Liu Zuokui, a research fellow on European studies at the Chinese Academy of Social Sciences (CASS), told the Global Times on Sunday.

Therefore, like many other European countries, Germany has raised its guard against China politically and economically, as well as in trade and investment, the military and other areas.

On Friday, German defense minister Christine Lambrecht said that Germany is „observing China’s military build-up and drills with Russia with concern while signaling its commitment to a rules-based order in the Indo Pacific with its growing presence there,“ noting that „Invasions could happen anywhere,“ Reuters reported.

Most recently, Germany sent a record 13 military aircraft to join the ongoing Exercise Pitch Black 2022, a military drill involving the US, Australia and 15 other countries, which is seen as a collective effort led by Washington in order to form an anti-China frontline and to pressure China over the Taiwan question.

Germany’s increasingly aggressive rhetoric in defense policy illustrates that the German government’s policies are being kidnapped by right-wing circles and the US as well as NATO, Song Zhongping, a military expert and TV commentator, told the Global Times, but fundamentally, Germany will not see China as a major rival or enemy.

However, as the German government vows less ties with China, German investors are eyeing the opposite, with increasing cooperation in the automotive industry with a number of large investment projects with China being announced, experts said, pointing at the deepening integration of industrial chains between the two sides.

In addition, German enterprises are, for the purpose of avoiding risks and lowering costs amid soaring energy prices in Europe, seeking to transfer key manufacturing or high-tech investments to China, where investment environments are way much safer and more stable, Liu said.

During an interview with the Global Times, Hans-Peter Friedrich, former vice president of the Bundestag, former federal minister of the interior, said that Germany  and China have no reason to decouple from each other, as „German companies visibly feel comfortable in China and want to participate in the dynamically growing Chinese market. Chinese investors in Germany and German exports to China secure jobs in our country.“

Overall, while some competitive and hostile factors are rising in Germany, the fundamentals of its relationship and cooperation with China have not changed, observers noted. They urge Germany to view ties with China objectively and pragmatically, brushing aside the unwarranted ideological struggles made up by the West.

„Europe’s economic recovery needs China’s support. With the easing of the pandemic and increase in people-to-people exchanges between the two sides, the West’s negative perceptions of China would be alleviated,“ Liu said.

Speaking of the misconceptions about China that currently exist in Germany, Friedrich said that people still have to get used to China’s role as a geopolitical and technological power on the one hand, and at the same time they are also realizing that economic interdependencies have an impact on their own political options for action.

„The biggest misunderstanding is that we try to pigeonhole China in our Eurocentric world,“ Friedrich said.

Germany agrees to produce howitzers for Ukraine to arrive in 2.5 years
7 reasons why the Germans love the Royals