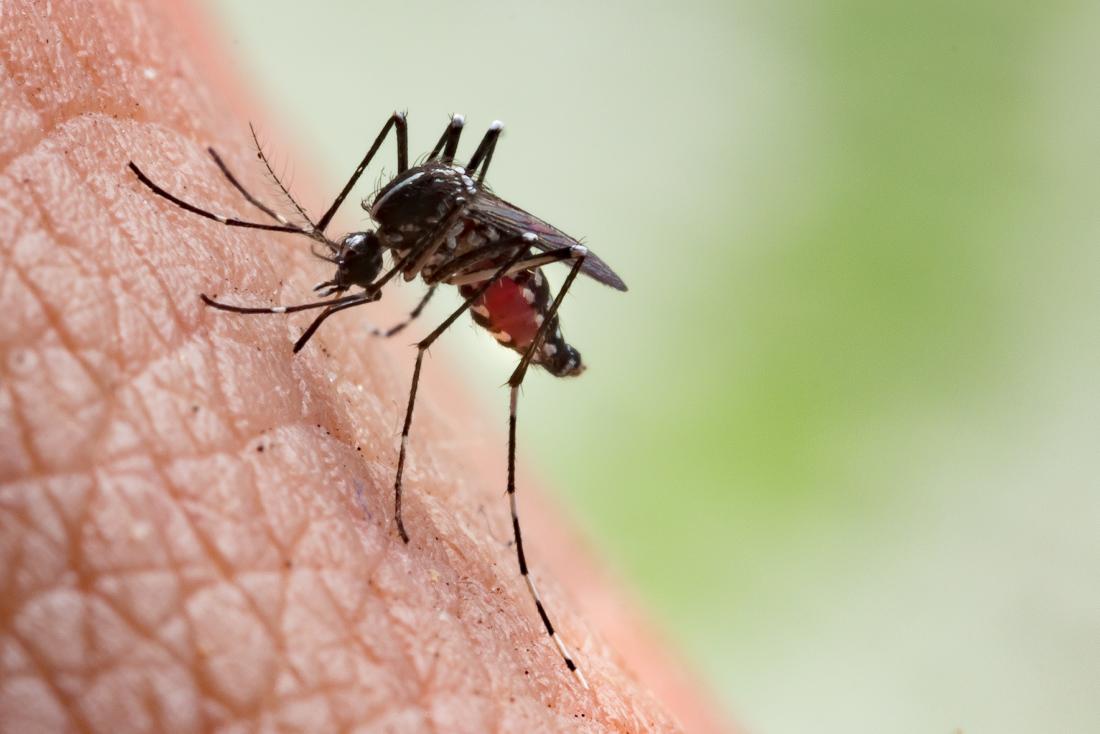 If you have always suspected that you might just be a mosquito magnet, scientists now have evidence for you: Mosquitoes indeed are attracted to certain humans more than others, according to a new study.

A research team led by Leslie Vosshall, a professor at Rockefeller University and head of its laboratory of neurogenetics and behavior, sought to identify why certain people seem to draw more mosquitoes than others. The research findings were published in the journal Cell on October 18.

Over the course of three years, researchers asked a group of 64 volunteers to wear nylon stockings on their arms for six hours a day over multiple days. Maria Elena De Obaldia, the study’s first author and former postdoctoral fellow at Rockefeller University, constructed a “two-choice olfactometer assay” – an acrylic glass chamber in which researchers put two of the stockings. The study team then released yellow fever mosquitoes, scientifically called Aedes aegypti, into the chamber and observed which stocking drew more insects.

This test allowed researchers to separate study participants into “mosquito magnets,” whose stockings drew lots of mosquitoes, and “low attractors,” who didn’t seem as enticing to the insects. The scientists scrutinized the skin of the mosquito magnets and found 50 molecular compounds that were higher in these participants than the others.

“We had no preconceived notions about what we would find,” Vosshall, who is also chief scientific officer of the Howard Hughes Medical Institute, told CNN. But one difference was particularly distinctive: The mosquito magnets had much higher rates of carboxylic acid on their skin than the low attractors.

Carboxylic acids are found in sebum, the oily substance that creates a barrier and helps keep our skin moisturized.

The carboxylic acids are large molecules, Vosshall explained. They’re “not that smelly by themselves,” she said. But beneficial bacteria on the skin “chew on these acids, that produces the characteristic smell of humans” – which may be what attracts mosquitoes, according to Vosshall.

One participant, identified only as Subject 33, was the belle of the ball for mosquitoes: The subject’s stockings were 100 times more attractive to mosquitoes than the least attractive participants.

And humans’ attraction level seemed to stay pretty constant over time for participants who were monitored over the three-year period, Vosshall said.

Subject 33, for instance, “never took a day off from being the most attractive human,” which might be “bad news for mosquito magnets.”

When it comes to Aedes aegypti, female mosquitoes prefer to use human blood to fuel their egg production, giving urgency to their quest to find humans to prey on. And these mini predators use a variety of mechanisms to identify and choose the humans they bite, Vosshall said.

Carboxylic acids are just one piece of the puzzle in explaining how the pesky insects might choose their targets. Body heat and the carbon dioxide we release when we breathe also attract mosquitoes to humans.

Scientists still don’t know why carboxylic acids seem to attract mosquitoes so strongly, Vosshall said. But the next step might be to explore the effects of reducing carboxylic acids on the skin.

“You can’t strip natural moisturizers off the skin completely, that would be bad for your skin health,” she said. However, Vosshall said dermatological products might be able to minimize carboxylic acid levels and reduce mosquito bites.

“Every bite of these mosquitoes puts people into public health danger,” she said. “Aedes aegypti mosquitoes are vectors for dengue, yellow fever, and Zika. Those people who are magnets are gonna be much more likely to be infected with viruses.”

Mosquitoes evolved to hunt by scent

Matthew DeGennaro, an associate professor at Florida International University who specializes in the neurogenetics of mosquitoes, told CNN that the results of the study help answer long-standing questions about what specific factors make mosquitoes love some humans more than others. He was not involved in the study.

“This study clearly shows that these acids are important,” he said. “Now, how the mosquitoes perceive these carboxylic acids is interesting because these particular chemicals are really heavy, so they’re hard to smell at a distance.

The results are also “a really great example of how well insects can smell,” DeGennaro, added. “This insect has evolved to hunt us.”

For DeGennaro, the staying power of certain humans’ attractiveness is one of the most interesting aspects of the research.

“We did not know that there were very stable preferences of mosquitoes for certain people,” he said. “It could suggest that the skin microbiome is important, although they did not address that.”

Further research should explore the microbiome that lives on human skin to understand why mosquitoes are attracted to certain compounds over others, he said. And that could lead to better products to reduce mosquito bites and the spread of disease.

“I think if we understand why mosquitoes find a host, we can design new repellents that will block the mosquitoes from sensing those chemicals,” DeGennaro said. “And this could be used to improve our current repellents.”