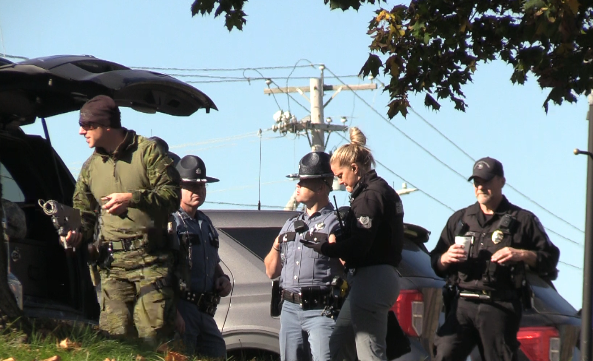 A man rescued a puppy he discovered floating in a box on a river in Texas, and the pooch is now at a shelter ready to be adopted.

Earlier this month, Austin Pets Alive! received a call from another shelter in the state saying the man had come in with a puppy he found floating down a river and that it required help their shelter could not provide.

The virus affects dogs’ gastrointestinal tracts and spreads through direct dog-to-dog contact, as well as contact with contaminated feces, environments or people. It can contaminate kennel surfaces, food and water bowls, collars and leashes and the hands and clothing of people who handle infected dogs. Unvaccinated dogs and puppies under four months old are most at risk are becoming infected.

After the two shelters communicated, the man who rescued the puppy drove two hours to the Austin Pets Alive! Puppy Parvo ICU. This shelter operates one of the country’s only Parvo ICUs and was able to treat the puppy.

Medical clinic manager Lauren Heymann told FOX 7 that the puppy, later named Kayak, was “crashing” and was lethargic and pale. Kayak was hospitalized and clinic staff and volunteers treated him and administered antibiotics, IV fluids and medications for vomiting and nausea. They also fed him food through a syringe.

Kayak was so sick that he did not initially show signs of his personality. But over the next few days, as he underwent care and treatment, the puppy got better, ate more and grew to 18 pounds, the shelter said.

“Now that he’s tested negative, he’s back to his old tail-wagging ways,” Austin Pets Alive! wrote on Facebook. “He’s eager to learn about this big world he’s in!”