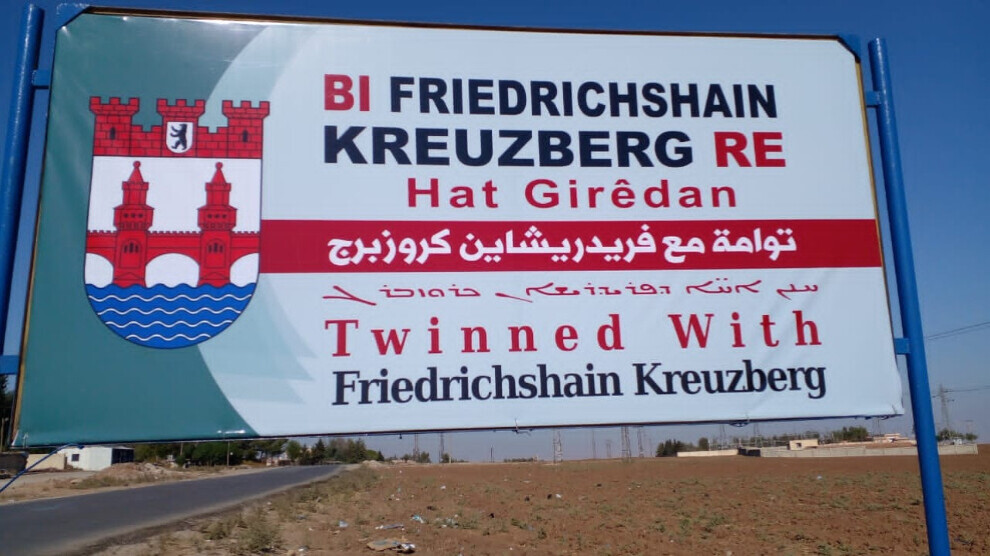 On 29 June, the district assembly of Friedrichshain-Kreuzberg passed a resolution on Turkey’s war of aggression on northern Syria, which is against international law, with a large majority. The resolution states:

1. The BVV condemns any act of war in violation of international law, especially against civilians.

2. The BVV condemns – especially with regard to the Kurdish, Assyrian, Arab, but also government-critical Turkish citizens living in Friedrichshain-Kreuzberg – the attacks that Turkey has been carrying out since 18.04.2022 on areas inhabited by Kurds in northern Iraq and northern Syria (Rojava), expresses its solidarity with the victims and calls on the Turkish government to stop all attacks on northern Iraq and northern Syria.

3. The BVV refers to the conclusions of the study by the Scientific Services of the German Bundestag of 17.05.2022 „International Law Implications of the Turkish Military Offensive ‚Claw-Lock‘ against Kurdish PKK Positions in Northern Iraq“.

The resolution was justified by concerns for the twin city of Dêrik in north-eastern Syria, which would be directly affected by the invasion plans to create a so-called 30-kilometre-wide „security zone“ along the Turkish-Syrian border. In Friedrichshain-Kreuzberg, many mainly Kurdish refugees have found a new home after the occupation of Afrin in 2018 and Serêkaniyê as well as Girê Spî in 2019, which was against international law. „They fear again for their families in their war-torn homeland, many have already had to mourn relatives who have been killed.“

Elke Dangeleit, district deputy of DIE LINKE, who introduced the resolution, referred in her speech to the ongoing drone attacks on the territory of the Autonomous Administration of North and East Syria. Again and again, civilians and representatives of the Autonomous Administration of Dêrik and the surrounding area were hit. All the population and religious groups are affected by the Turkish attacks: Kurds, Arabs, Armenians, Circassians, as well as Muslims, Christians and Yazidis. Dangeleit reported that the Newroz camp near Dêrik is currently being expanded to accommodate new IDPs from the acutely threatened Shehba region. The co-mayor of Dêrik reported that more than 1000 people from Manbij and Tel Rifat had already arrived in Dêrik.

Previously, the council of the city of Krefeld had passed a similar resolution with the votes of the Greens, the LEFT, the SPD and the FDP, the wording of which was essentially adopted by the Berlin district. The district councillor asked the democratic parties to follow Krefeld’s example and pass a cross-party resolution. However, the FDP abstained and the CDU voted against. The main objection was that the district had nothing to do with foreign policy, but was only concerned with municipal issues. Dangeleit replied that the district was very much confronted with foreign policy, as shown by the Ukraine war, which had brought many Ukrainian refugees to the district. Accordingly, an attack by Turkey on northern Syria would automatically cause a new wave of millions of refugees, some of whom would make the perilous journey to Europe. In addition, a town twinning also obliges one to show solidarity with the population of the twin town. In this respect, municipal policy is also foreign policy.