Home » German churches save on heat, still help the needy warm up 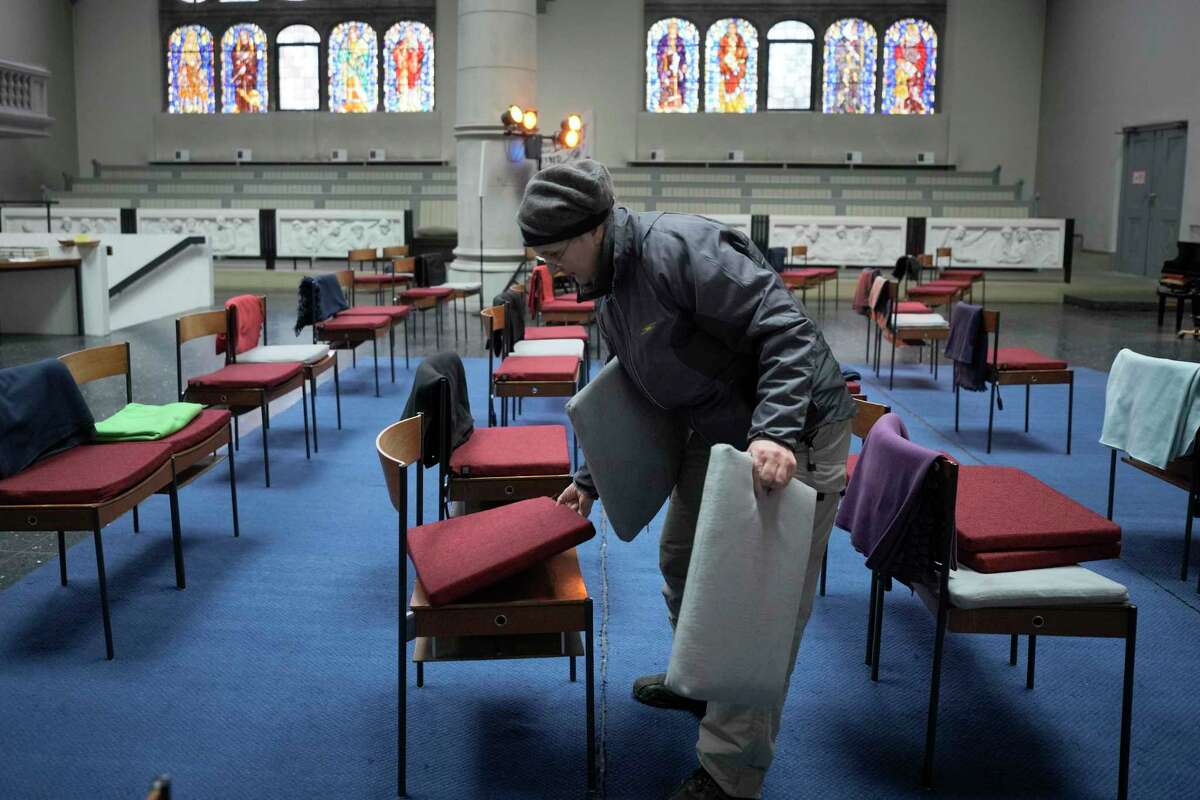 BERLIN — Churches have joined in Germany’s efforts to save on heating costs this winter, forcing their congregations into ever more layers of clothing. But at the same time, they are providing warm spaces for the homeless and for people who are struggling to pay their bills.

German lawmakers last week approved a plan to provide up to 200 billion euros ($212 billion) in subsidies to households and businesses to ease the strain of high gas, electricity and heating prices. But prices are still higher than they used to be, and worries about increased costs are widespread. Germany also is trying to reduce energy use to head off a potential energy crunch after Russia stopped gas supplies.

Many German churches have decided to switch the heating off completely or limit temperatures.

At the Martha Church in Berlin’s Kreuzberg district, worshippers are being offered extra blankets and heated cushions to keep them warm during services. The capital endured a prolonged spell of below-freezing temperatures during Advent.

Pastor Monika Matthias says the church is currently between 12 and 14 degrees Celsius (53.6 and 57.2 Fahrenheit). She says the low temperatures aren’t an issue for her because she is active during services, but worshippers have found it a struggle to get used to — and she offers them tea and coffee to warm them up afterward.

During a recent service, most members of the congregation continued to wear their thick winter coats, with many also wearing hats, scarves and even gloves. Blankets were draped across laps.

Marina Alvis, a member of the congregation for over 20 years, said she and her husband found getting used to the colder church a “big adjustment,” but it was important for the church to be a role model in tackling climate change.

“You really have to dress warmly, and it took a while for all of us to learn that,” said Alvis, 64.

While worshippers are wrapping up warmer, both the Protestant and the Catholic churches run shelters for the homeless and for people who are otherwise in difficulty, and there’s a focus this year on providing warm spaces for people who don’t have access to adequate heating.

At the Protestant church-linked Diakonie Deutschland charitable organization, workers serve warm drinks and soup to visitors who get a respite from the biting cold.

The head of its central Berlin branch, Ralf Nordhauss, said the situation is “critical” for people struggling to pay bills amid soaring inflation. He said many prefer to turn the heating down or off rather than get into debt, and many more people are expected at shelters.

“Here, it’s not just the homeless, but people who are simply looking for companionship or advice, or a coffee and a warm room,” Nordhauss said.