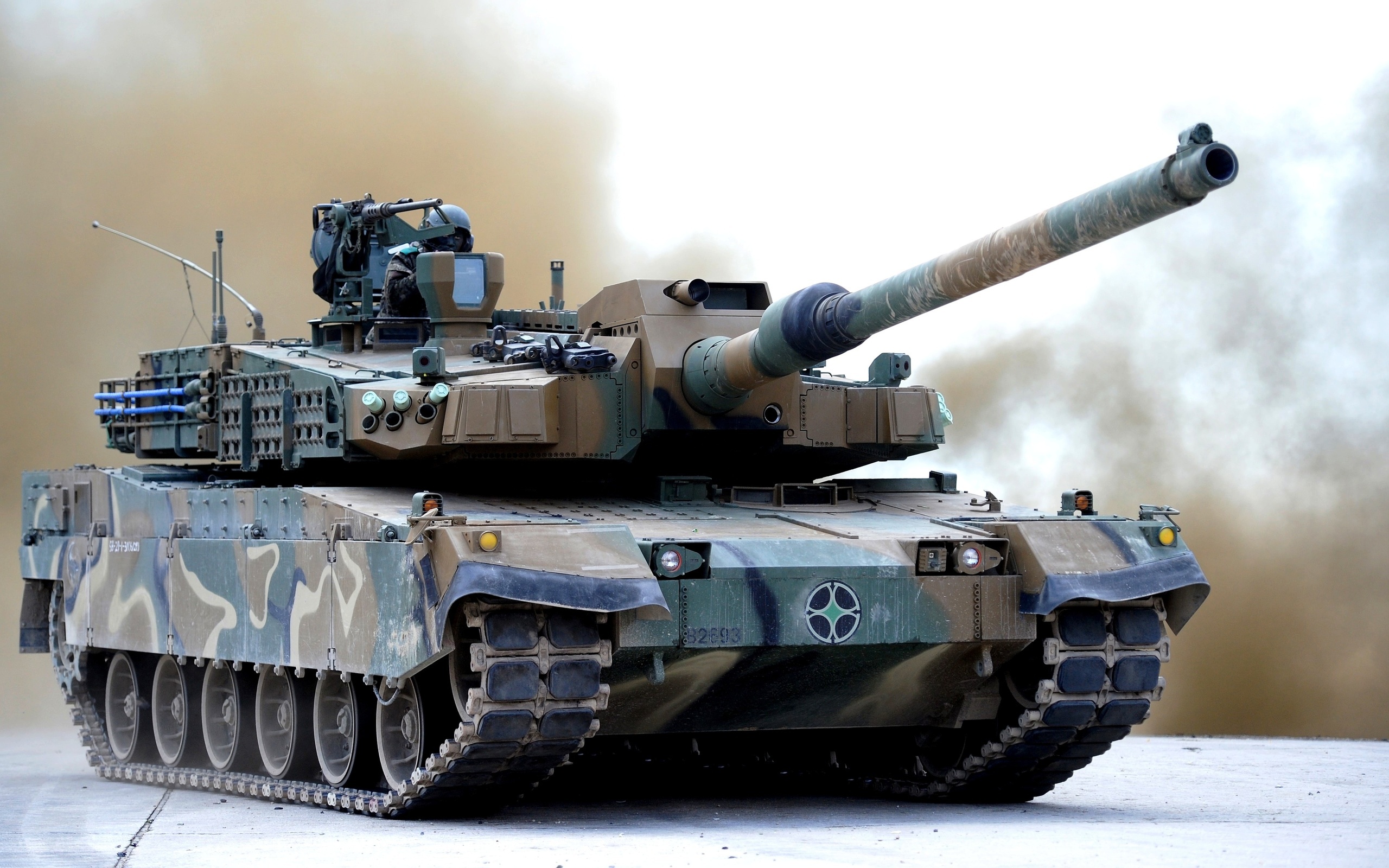 Poland is going all in on new military hardware from South Korea: Following a visit to Seoul by Polish Defense Minister Mariusz Błaszczak  late in May 2022 Warsaw announced late last month it was purchasing a massive quantity of South Korean arms, including over 1,600 armored vehicles and 48 FA-50 fighter jets.

The deal reportedly totals a staggering $14.5 billion (over several years) and comes as Poland seeks to increase defense spending up to 3% of GDP, even when most NATO states fail to meet the ostensibly required 2% minimum.

Russia’s brutal, large-scale invasion of Ukraine has evoked sympathetic psycho-historical trauma in neighboring Poland, which lacks favorable defensive terrain and has been invaded and occupied by Russia and Germany multiple times (often simultaneously) in the last three centuries.

Since Putin invaded in February, Poland has not only served as the key transit point for Western military assistance to Ukraine, but also donated a large share of its military assets. But these donations leave big gaps in its arsenal at the very moment it fears conflict with Russia more than ever. But why is Poland turning to South Korea’s arm industry, and not buying more U.S. or German weapons, like its 249 German Leopard 2A4 and 2A5 tanks, 366 U.S.-built M1 Abrams, and 20 HIMARS artillery systems?

According to Krzysztof Kuska, an expert on the Polish defense sector, it’s because those options simply couldn’t arrive fast enough.

“It seems that time is a key factor for Warsaw,” he wrote to me. “There are tight schedules for every piece of military equipment and even when the Polish government would like to buy something it would land at the end of the line.”

Seoul, by contrast, can begin initial deliveries of what Warsaw wants by the end of 2022 and with less red tape and strings attached. And further down the line, South Korea has agreed to localized production in Poland, which Warsaw hopes will revive its arms industry so it can build more of what it needs for itself.

Poland has donated 230 T-72M and an unknown number of more advanced PT-91 Twardy main battle tanks to Ukraine—more tanks than are operational in the French, German or British armies.

Poland had previously considered and rejected the South Korean K2 Black Panther tank by choosing to order 250 M1A2 Abrams tanks from the United States, since expanded with 116 additional M1A1SAs .

But rather than ordering even more Abrams, Warsaw is now getting a thousand Black Panther tanks too!

The K2 is a newer, lighter design than the Abrams at about 61 tons with a smaller crew of three, made possible due to its high-speed autoloader (max 10 rounds per minute). Lower weight is desirable to cope with the infamously muddy East European Spring and Fall prone to bogging down tanks on dirt roads. The K2 uses a diesel engine, which trades acceleration for greater fuel efficiency compared to the Abram’s gas-turbine engine.

The Black Panther represents a huge leap in performance over Poland’s donated T-72Ms. Besides the expected steel/composite armor reinforced with explosive reactive bricks, and powerful 120-millimeter gun, it’s tricked out with sophisticated systems including a laser-stabilized hunter-killer fire control system to improve accuracy while moving, an EHF radar to both acquire targets and warn of incoming missiles,  a ‘soft-kill’ active protection system that can cause aforementioned missiles to miss, and KSTAM top-attack anti-tank missiles it can shoot from the gun at targets up to 5 miles away.

Poland will initially only buy 180 K2s directly from South Korea. These will begin arriving later in 2022, along with technical and engineering support vehicles and armored bridges. But the following 820 Black Panthers will be a customized K2PL model beginning production in Polish factories starting in 2026.

According to Błaszczak, the K2PL would be compatible with programmable 120-millimeter multi-purpose shells (which can be instructed to airburst over enemies in cover or delay detonation to explode inside buildings), possibly mount a Polish 12.7-millimeter heavy machine gun, an omnidirectional observation system and a hard-kill Active Protection System that can swat down incoming missiles. (South Korea has developed the KAPS hard-kill system, but doesn’t yet include it on most K2s.)

It will also have reinforced side armor, as getting attacked from the flank was seen as more likely on Poland’s open plains than the Koreas fortified, mountainous border.

Changes previously proposed for the K2PL include lengthening the hull, giving it an additional seventh pair of road wheels, creating space to separately stow ammunition and blow out panels to reduce crew casualties if the armor gets penetrated, and additional cage armor to defeat anti-tank rockets/missiles. However, it’s unclear whether the lengthened concept will make it into the finalized K2PL.

Poland is choosing not to expand its fleet of 250 German-built Leopard 2 tanks which are comparable to the Abrams in performance. Warsaw’s disinterest may be related to Berlin’s inability or unwillingness to help replace hundreds of tanks Poland donated to Ukraine in prompt fashion as promised. It’s reported Berlin was only offering to ship over 20 old Leopard 2A4s starting at a rate of one per month in April 2023.

While not the same as ordering new-built Leopard 2A7V tanks from manufacturer LMW, Warsaw likely doesn’t believe it can rely on orders it places to arrive in a timely fashion given the German Army’s own deficits in equipment.

KMW advisor Nicholas Drummond argues that a Leopard 2 buy would have kept Poland inside a more reliable and affordable regional supply chain, as there are many European Leopard 2 operators. That may be, but Warsaw wants to eventually build its own tanks, and is sore about its exclusion from the next-generation French-German Main Ground Combat System program.

High-intensity warfare in Ukraine has reaffirmed the dominant killing power of artillery, especially when aided by overhead drone spotters. It’s also confirmed the greater survivability of self-propelled artillery systems that can shoot-and-scoot to avoid counter-battery fire.

Poland had already invested in artillery modernization in the 2010s when it procured Krab 155-millimeter self-propelled howitzers to replace its Soviet-era 122-millimeter 2S1 systems. The Krab combines the hull of South Korea’s K9 Thunder self-propelled howitzer, the turret and 52-caliber gun of the British AS90M Braveheart prototype, and the Polish Topaz fire control system. Warsaw has already donated 18 Krabs directly to Ukraine, with 54 more on order.

Poland now is simply ordering South Korean K9A1s, not Krab hybrids. That’s not because the Krab is bad, Kuska wrote to me:

“Polish Krab [howitzer] is produced very slowly, and moreover part of the recently produced batch is already in Ukraine and one can assume that more [at least 54] will be sent. South Korea can deliver [K9s] at a reasonable price and also do it quickly.”

Meanwhile, Poland will directly purchase 48 K9A1s from South Korea due to arrive 2022-2023. The 52-ton howitzers will be supported by K10 ammunition resupply vehicles and K11 command vehicles, ammunition and other assets.

Then Poland will establish an indigenous production line to build 624 more customized K9PLs based on the new K9A2 model. This features an improved chrome barrel with 50% more barrel life (1,500 rounds); a fully autoloader system allowing downsizing of crew from 5 to 3 and increasing maximum fire rate to 9-10 rounds per minute.

The A2 model is also more comfortable and survivable, with an automatic fire-suppression system, air conditioning, mine protection, and a remote-control functionality for its defensive machine gun. The K9PL will use the Topaz fire control system, like the Krab.

As I’ve detailed previously, the Thunder is a modern, combat-tested system with a range of 26 miles or 35 using rocket-assisted projectiles, hydropneumatics suspension for enhanced mobility, and ability to three rapid-fired rounds that all land simultaneously.

Nearby Estonia, Finland, Norway also use K9s, as does Turkey, implying robust regional support for the system.

Warsaw is also reportedly considering procuring/jointly developing additional land warfare systems form Korea including the 42-ton AS21 Redback tracked infantry fighting, which can carry 8 infantry dismounts and is armed with a 30-millimeter autocannon, anti-tank missiles, and two machine guns. Also of interest is the HIMARS-like K239 Chunmoo rocket artillery system, which can fire twelve GPS-guided 239-millimeter rockets at targets up to 50 miles away.

Warsaw clearly seeks to deepen its relationship with South Korea’s burgeoning arms industry—and not just because it can deliver the goods in a pinch. Błaszczak says he hopes to eventually develop successor designs—the K3PL tank and K9PLA3 howitzer—jointly with South Korea. It also plans to eventually refit initial base-model vehicles received to the ‘Polonized’ standard.

Not only do domestic production arrangements create economic goods, but they advance a longer-term goal of revitalizing an independent Polish arms production capacity.

As Kuska put it: “At the end there is also the technology transfer aspect and in-house production. Much of the ordered equipment might be produced locally, ‘Polonized’, and Korea has some interesting programs for future military equipment, so the recent buys might be a start of a long relationship.”

The murder of Col. Boqir
US base in Germany looking into claim that security forces airman offered bribe to pass fitness test