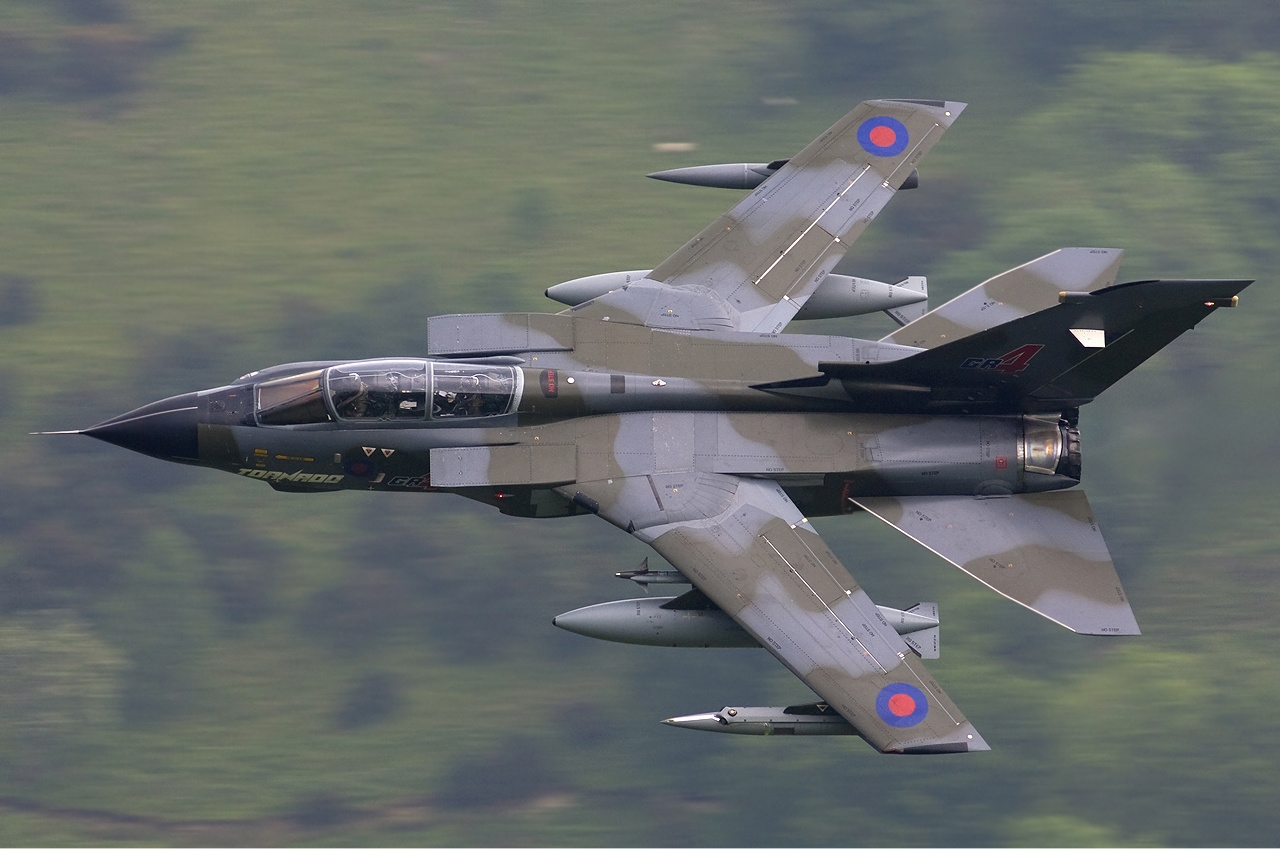 Panavia Tornado is now considered an older aircraft and nowhere near as capable as much more modern aircraft. And yet, her Cold War history is secure: Given the sky-high cost of advanced aircraft development in the 21st century, multinational collaboration is quite common – yet it largely began in the late 1960s with the Panavia Tornado as a tri-national effort between the UK, West Germany, and Italy. Initially developed as an all-weather strike aircraft and interdictor, the aircraft also served as the basis for a long-range interceptor and as a dedicated defense suppression warplane.

First flown in 1974 and introduced formally in 1979, as originally devised, the Tornado was intended to serve as a long-range, low-level interdictor with primarily nuclear armament. One goal for the combat aircraft would be to use nuclear weapons to stop the mass of Warsaw Pact forces that would attack NATO if World War III would break out. The twin-cockpit aircraft featured a combination of variable geometry, fuel-efficient turbofan engines with thrust reversers, and a large varied payload.

Its variable-geometry wings featured all-metal construction, with fixed inboard portions and movable outer panels. Instead of ailerons, spoilers were placed in each upper surface. The all-metal tailfin structure also included a rudder and low-set all-moving horizontal tail surfaces or “tailerons.” Those could be operated collectively as elevators or differentially.

For its strike missions, the Tornado IDS (Interdictor Strike) version could utilize its “swing” wings to loiter efficiently at subsonic speeds before descending to treetop level for a high-speed strike at targets traveling at 921 mph (1,483km/h).

Despite having to carry weapons of more different types than any other tactical aircraft in history to that point, the Tornado was noted for being amazingly compact. At sea level in clean conditions, it was also the fastest combat aircraft of the era – while its wings had the highest lift coefficient of any fitted to a supersonic aircraft. No aircraft of its size had been so richly equipped for all-weather penetration of hostile airspace.

Though the basic airframe, propulsion, and systems of the IDS version were largely the same, the Panavia Tornado F.2 Air Defence Version (ADV) featured different avionics and weapons, including the Marconi/Ferranti/Foxhunter radar as well as tandem pairs of Sky Flash missiles, which were semi-recessed under a lengthened fuselage. In addition, internal fuel was increased to extend unrefueled endurance.

The interim F.Mk2 was replaced by the Tornado F.Mk3, of which a total of 152 were delivered to the RAF beginning in 1986. This upgraded model included hands-on throttle and stick controls, radar-absorbent material coating, flare dispensers, and subsequently enhanced computers and datalink capability.

Under a Capability Sustainment Program, the aircraft was further advanced through the addition of AIM-120 AMRAAM and ASRAAM missiles, multi-target engagement capability and improved defensive sub-systems. The RAF further upgraded the plane with the GR.Mk4, which included a new cockpit display, full compatibility with navigation and improved laser designator po9ds for delivery of precision-guided munitions, integration of NVG (night vision goggles), and an updated forward-looking infrared sensor and enhanced self-defense suite.

The RAF operated a total 170 of the ADV aircraft.

Saudi Arabia was the only export customer for the Tornado, and the Kingdom acquired ninety-six IDS and twenty-four ADV aircraft. As of 2014, the Saudi IDS aircraft were the only ones remaining in service.

The ADV variant was also deployed during Operation Desert Storm in 1991, over the former Yugoslavia in the late 1990s, and in other NATO peacekeeping actions by the RAF, Germany, and Italy.