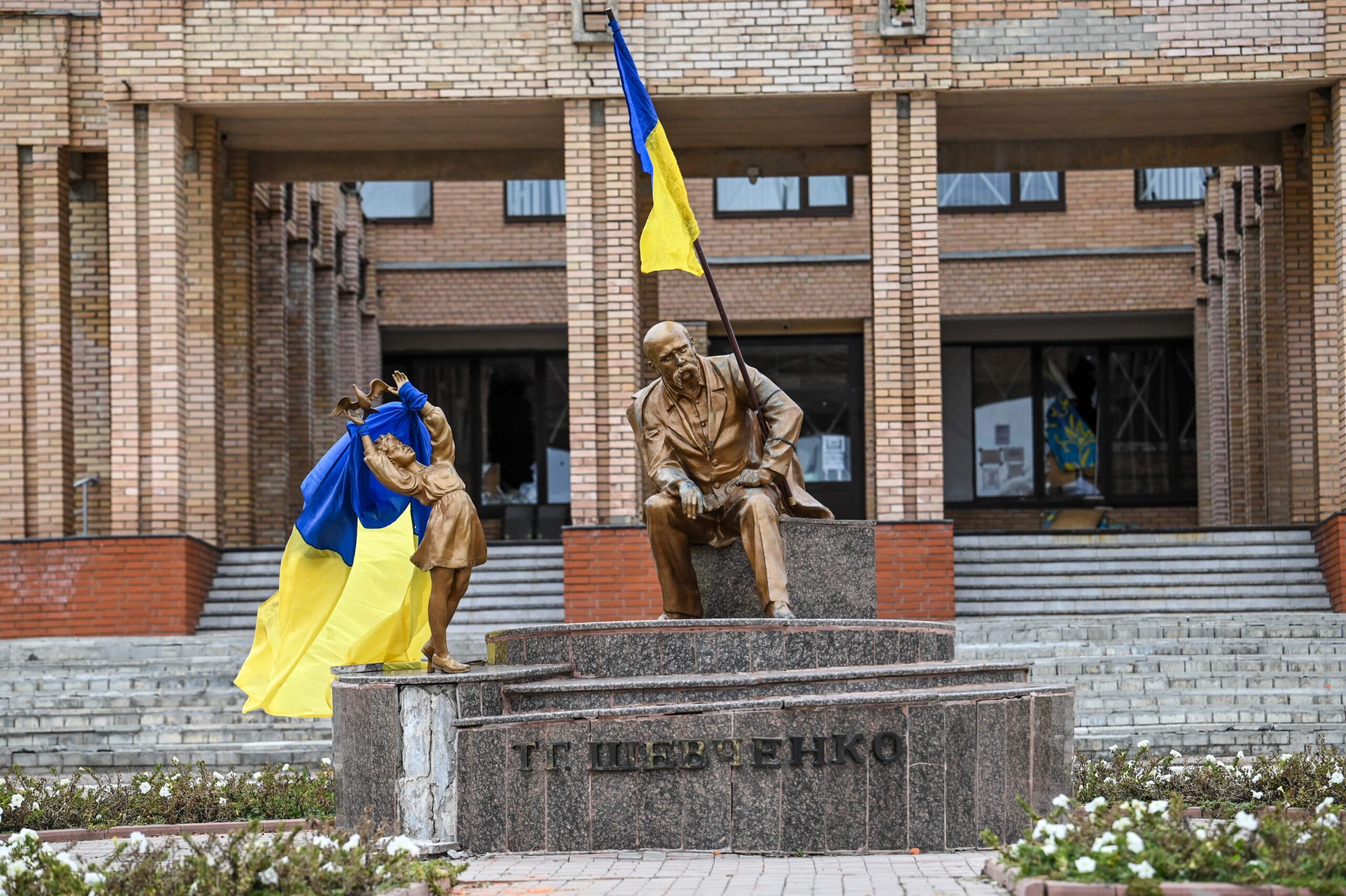 Haunted by fear of failure, Berlin has refused to supply Kyiv with the battle tanks it needs to push back against Putin.

Love Germany or loathe it, few would dispute it is a country of pessimists, a land where glasses are half empty and every silver lining comes with a dark cloud. There is, of course, a German word for this phenomenon: Schwarzmalerei, painting black.

In normal times, Germans’ morose nature offers a wellspring of mirth for its neighbors and allies. With the tide seemingly turning in the war in Ukraine, nobody’s amused.

On Monday, Christine Lambrecht, the latest in a long line of German defense ministers with little or no military experience, made clear that Ukraine’s battlefield gains would not alter Berlin’s refusal to provide the country with much-needed battle tanks.

Lambrecht, delivering what was billed as a “landmark” address in Berlin, castigated Russia for its “horrible war of invasion” and said it was time for Germany to assume a “leadership role” in European security. Helping Ukraine to win would not appear to be part of that strategy.

Germany’s refusal to deliver battle tanks is a classic example of policy driven by Schwarzmalerei. Rooted in fear, the German reluctance doesn’t just threaten Ukrainian security; it undermines the stability and cohesion of the European Union and NATO.

“Berlin’s hesitation, its inaction, seriously calls into question the value and the alliance with Germany,” Polish Prime Minister Mateusz Morawiecki told Der Spiegel in an interview published in the weekly’s current edition. The Polish leader, whose country has been among the most generous suppliers of arms to Ukraine, added that “numerous other government leaders in Europe” shared his view.

With Russian forces in retreat in eastern Ukraine, if ever there were a time for Berlin to rethink its stance on tanks, it’s now. Instead, the tortuous debate continues.

In recent days, Germany’s painters of black have been out in force. For all the progress Ukraine has made on the battlefield, it would be folly, they argue tirelessly, to assume Kyiv can retake its occupied territories, much less win the war.

“It’s probably not going to continue like this,” Christian Mölling, an analyst with the German Council on Foreign Relations, a state-sponsored think tank, told ZDF, the German public broadcaster, over the weekend. The Ukrainians are running low on ammunition and fuel, he noted.

Johannes Varwick, a German political scientist who has been pouring cold water on Ukraine’s prospects across the country’s media for months, went even darker.

“Unpopular opinion,” he wrote on Twitter. “In my view, the reports of Ukrainian military success don’t change the big picture: Russia (unfortunately) has escalation dominance and in the medium term higher stamina. There is no alternative to a political reconciliation of interests.”

Though not all of the country’s war commentators are convinced Ukraine will lose, the pessimism expressed by the likes of Varwick is at the core of Germany’s reluctance — despite widespread public sympathy for the Ukrainian cause — to provide more help.

While a clear majority of Germans want to support Ukraine, only about one-third advocate sending heavy weaponry such as tanks.

Germany has, in fact, delivered heavy weapons to Ukraine, including 10 howitzers, anti-aircraft systems and other, mainly defensive, armaments. Critics say that the degree of military aid, which totaled €1.2 billion as of mid-August, according to data tracked by the Kiel-based Institute for the World Economy, is not commensurate with a country of its size and wealth. By comparison, the U.S. has so far committed some €25 billion in military assistance to Ukraine.

Germany’s three-way government coalition is divided on the tanks question, with some voices in the Greens and liberal Free Democrats calling for tank deliveries. But practically, the answer remains ‘Nein.’

During a visit to Kyiv this weekend, German Foreign Minister Annalena Baerbock was pressed by her Ukrainian counterpart Dmytro Kuleba on his country’s need for battle tanks. She declined to make any commitments regarding the tanks, saying only that her government remained in “intensive” deliberations regarding the weapons deliveries.

Ultimately, responsibility for the decision not to send tanks lies with German Chancellor Olaf Scholz, who likes to point out that neither the United States nor any other country has sent Western-made battle tanks to Ukraine.

Scholz’s argument is frustrating for those fighting in Ukraine. As the manufacturer of one of the world’s most effective battle tanks, known as the Leopard, no country in Europe is better placed to supply Ukraine than Germany. What’s more, the country has hundreds of decommissioned Leopards at its disposal.

If Berlin’s caution was easier for some to understand in the early days of the war, when the full scale of Russian President Vladimir Putin’s colonial ambitions weren’t yet clear to everyone, it has become increasingly difficult to justify.

Even U.S. President Joe Biden’s administration, which has generally treated Berlin with kid gloves, has begun taking a more forceful tone. “As much as I admire and applaud all that Germany’s doing … we must do more,” Amy Gutmann, the U.S. ambassador to Germany, told German television on Sunday, adding that the West’s “own peace and prosperity” was at stake.

Much has been written about the causes of Berlin’s soft approach toward Moscow: The country’s business interests, the legacy of Ostpolitik and the German left’s Russophilia have all played a role.

But with Ukraine finally making significant progress on the battlefield, it’s difficult not to think Germany’s own history doesn’t have something to do with continued intransigence.

Call it the ghost of Stalingrad. It isn’t German war guilt over the damage Hitler’s armies inflicted on Russia that’s at play here (after all, Ukraine suffered more than Russia under German occupation). Rather it’s that like the Ukrainians, the Germans were convinced they could defeat Russia. Ultimately, however, they discovered they could not.

If the Germans want to reflect on the lessons of history, they would do better to ask themselves a different question. Rather than worry about the miscalculations that led to their loss during World War II, they should reflect on what Europe would look like now if they had been allowed to win.

Russia-Ukraine updates: Kyiv decries Germany’s ‚disappointing signals‘ on weapons
Germany’s Chancellor Scholz: ‚We will make it through this winter‘