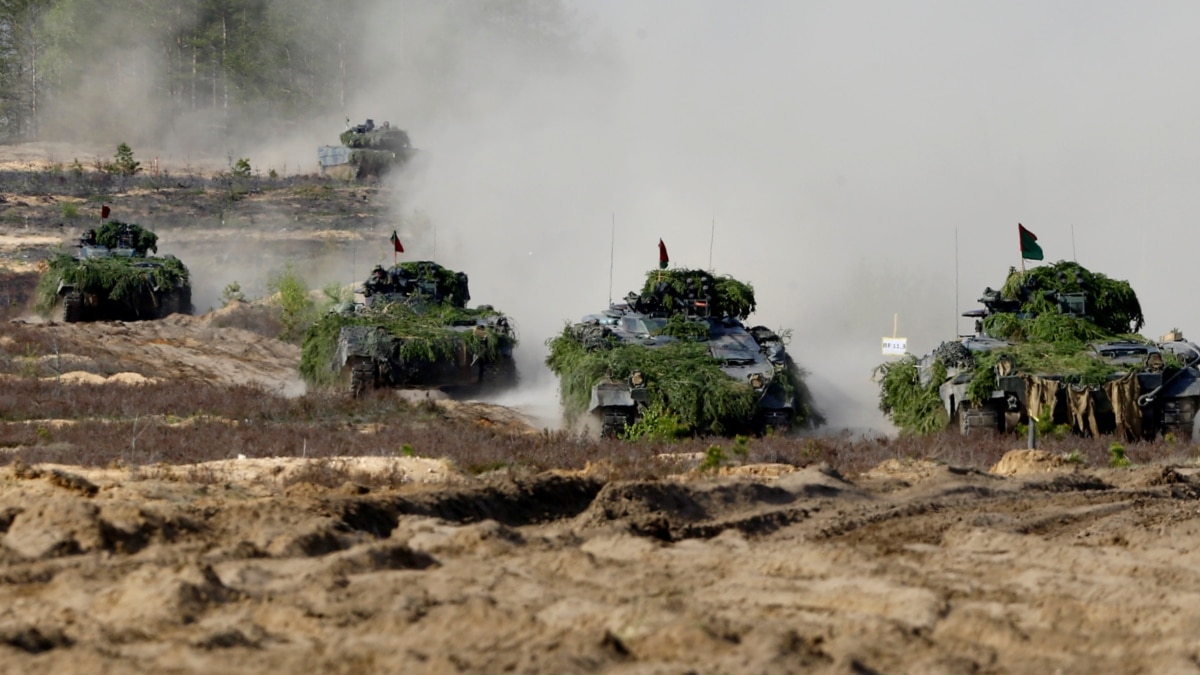 „Disappointing signals from Germany while Ukraine needs Leopards and Marders now — to liberate people and save them from
genocide,“ Kuleba wrote on Twitter.

„Not a single rational argument on why these weapons cannot be supplied, only abstract fears and excuses. What is Berlin afraid of that Kyiv is not?“

Germany has supplied Ukraine with military equipment, ammunition and anti-aircraft tanks. But critics say Berlin’s support came late as it was initially reluctant to supply weapons to a conflict zone.

Berlin is now under pressure again as Ukraine presses ahead with a counteroffensive that saw Russia withdraw from key areas in the east.

Still, the German government insists that it would only supply weapons in close coordination with its allies.

Russian forces are launching strikes across eastern Ukraine, the Russian Defense Ministry said days after it pulled back its troops from some parts of Ukraine’s northeastern Kharkiv region.

„Air, rocket and artillery forces are carrying out massive strikes on units of the Ukrainian armed forces in all operational directions,“ the ministry said in its daily briefing on the conflict.

It added that „high-precision“ strikes have also been launched on Ukrainian positions around Sloviansk and Konstantinovka in the eastern Donetsk region.

Moscow also accused Ukrainian forces of abusing civilians in territories it had recaptured. The allegation came after Kyiv said its troops found bodies of civilians with „signs of torture“ in a village they recaptured in the east.

Elements of the Russian army that have withdrawn from Kharkiv had not been „fully reconstituted“ since suffering casualties in the beginning of the invasion, the latest UK military intelligence report said Tuesday.

According to the report, those elements were the „most prestigious of Russia’s armies“ and intended to defend Moscow and lead Russian forces in the case of war with NATO.

„Russia’s conventional force designed to counter NATO is severely weakened. It will likely take years for Russia to rebuild this capability,“ the British Defense Ministry said.

The report comes after Ukraine launched a counteroffensive in Kharkiv, with Russia announcing withdrawing its troops from key areas of Kharkiv, including the strategically important city of Izium.

„The aim is to liberate the Kharkiv region and beyond – all the territories occupied by the Russian Federation. Fighting is continuing [in Kharkiv]. It is still early to say full [Ukrainian] control has been established over Kharkiv region,“ Malyar said in an interview.

A Ukrainian military official published on Telegram photos of wreckage of a drone that he claimed was Iranian-made and used by Russian forces. The images implied that it was shot down but did not detonate, however, there were no further information released by Kyiv.

The official, as well as a pro-Ukrainian military website, said that Ukraine’s forces had encountered the suicide drone near the city of Kupiansk in Kharkiv.

Tehran and Moscow have had strong ties, with their military partnership growing since the start of a decade-old conflict in Syria.

In July, Washington warned that Iran was planning on sending bomb-carrying drones to Russia to support its war in Ukraine.

Georgian, German FMs discuss partnership, Georgia’s European integration
Ukraine is turning the tide against Russia — no thanks to Germany