Home » Who are the Reichsbuerger behind Germany’s far-right coup plot? 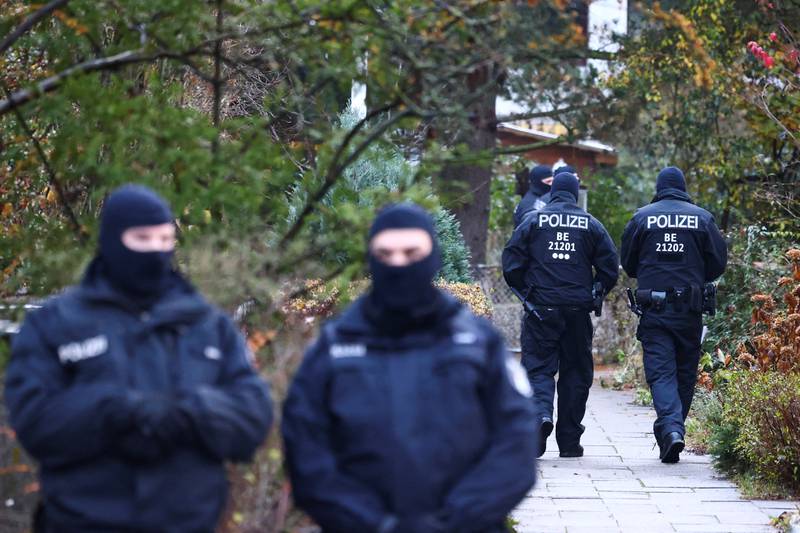 A shadowy German movement known as the Reichsbuerger, or Citizens of the Reich, is believed to have inspired a far-right armed coup plot that came to light on Wednesday.Its followers reject the legitimacy of Germany’s modern democracy and long for the return of a pre-war Reich, the term used for the German state until 1945.

The Reichsbuerger, a loose collective with no clear leadership, grew in numbers during the pandemic, when it sought to exploit anti-lockdown protests to spread its conspiracy theories in Germany.

Prosecutors said on Wednesday that Reichsbuerger ideology was behind the alleged plot to overthrow Germany’s government and install a new military regime.

They said the plotters believed in a “classic Reichsbuerger narrative” that Germany’s occupation by the wartime Allies was still to be shaken off.

The suspects include a minor German prince, ex-army soldiers and a woman believed to be a former MP.

What do the Reichsbuerger believe?

Some followers have gone as far as making passports and identity cards to show allegiance to their supposed Reich.

But it has no coherent ideology and views differ within the movement as to what kind of Reich is being venerated.

Authorities say the Reichsbuerger are hard to distinguish from another movement called the Selbstverwalter, or self-governing, which likewise rejects state authority.

Between them the two groups number about 21,000 people, of whom 2,100 are considered potentially violent, the intelligence agency said in an annual report.

One Reichsbuerger shot at police with a crossbow during a search of his home last year, and the group was linked to a Berlin protest in 2020 that nearly ended in rioters storming parliament.

The movement is believed to have followers in the police and military, with former soldiers suspected of involvement in the coup plot.

A report in May found that one in 200 federal security personnel had links to the Reichsbuerger or Selbstverwalter scene.

One sub-group of the Reichsbuerger is called Heirs of Bismarck, referring to the Prussian leader who unified Germany in 1871.

The Reich survived Bismarck’s empire, the interwar Weimar Republic and the Nazi period, which ended in the Allied occupation and the formation of two new states in 1949.

Reunification in 1990 brought an end to the last vestiges of Allied occupation under a treaty between the two Germanys, the US, Britain, France and the Soviet Union.

Holocaust denial and the use of Nazi symbols such as the swastika are banned in post-war Germany.

But a string of extremist attacks has rattled Germany in recent years.

German politician Walter Luebcke was murdered in 2019 by a right-wing extremist who shot him in the head with a pistol.

In February 2020, nine people were killed at two shisha bars in a racist attack in Hanau, before the culprit shot his mother and finally himself.

A TV documentary revealed in August that hundreds of extremists with known far-right links were taking shooting practice at firing ranges.

The far right has meanwhile gained its most sustained electoral strength since the war via the Alternative for Germany (AfD) party.

The AfD first entered parliament in 2017 during a backlash against Syrian refugees, and currently holds 78 seats.

Although it appeared to have lost momentum after 2019, it recently rebounded by doubling its vote in a regional election.