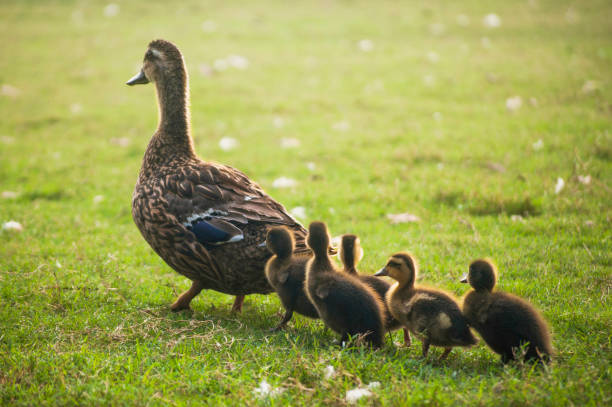 How much damage can a troop of ducklings do? Well, as it turns out, quite a lot. A group of ducklings and their mother were at the centre of a crash in Germany last weekend, causing some 70.000 euros’ worth of damage and injuring several people.

When you hear of three cars crashing on the autobahn, leading to several people having to go to hospital and causing tens of thousands of euros’ worth of damage, chances are you wouldn’t think cute, fluffy, little ducklings could be at the centre of it. Well, that’s exactly what happened last weekend on the A7 highway near the German city of Heidenheim an der Brenz in Baden-Württemberg.

German police released details of the crash, in which three cars, an Opel, a Škoda and a Volkswagen, collided after the driver of the Opel stopped his car upon spotting a mother duck and her ducklings crossing the autobahn. After the 65-year-old Opel driver stopped, the 36-year-old Škoda driver did the same.

Unfortunately, the 22-year-old Volkswagen driver failed to notice the two cars ahead of him until it was too late, and ploughed into the back of the Opel.

All four occupants of the Opel, including two teenagers, were injured in the crash and were taken to hospital to receive treatment. The three cars were damaged, with authorities estimating the damage totalling to around 70.000 euros.

What happened to the ducks? Luckily, the ducklings emerged from the crash unscathed, if a little bit startled, and “quickly moved away from the site of the accident.”

If this incident teaches us anything, it’s to stay alert when driving in Germany, as anything can happen on the wild German roads.