Home » Putin is putting an end to the ‘Russian World’ – opinion 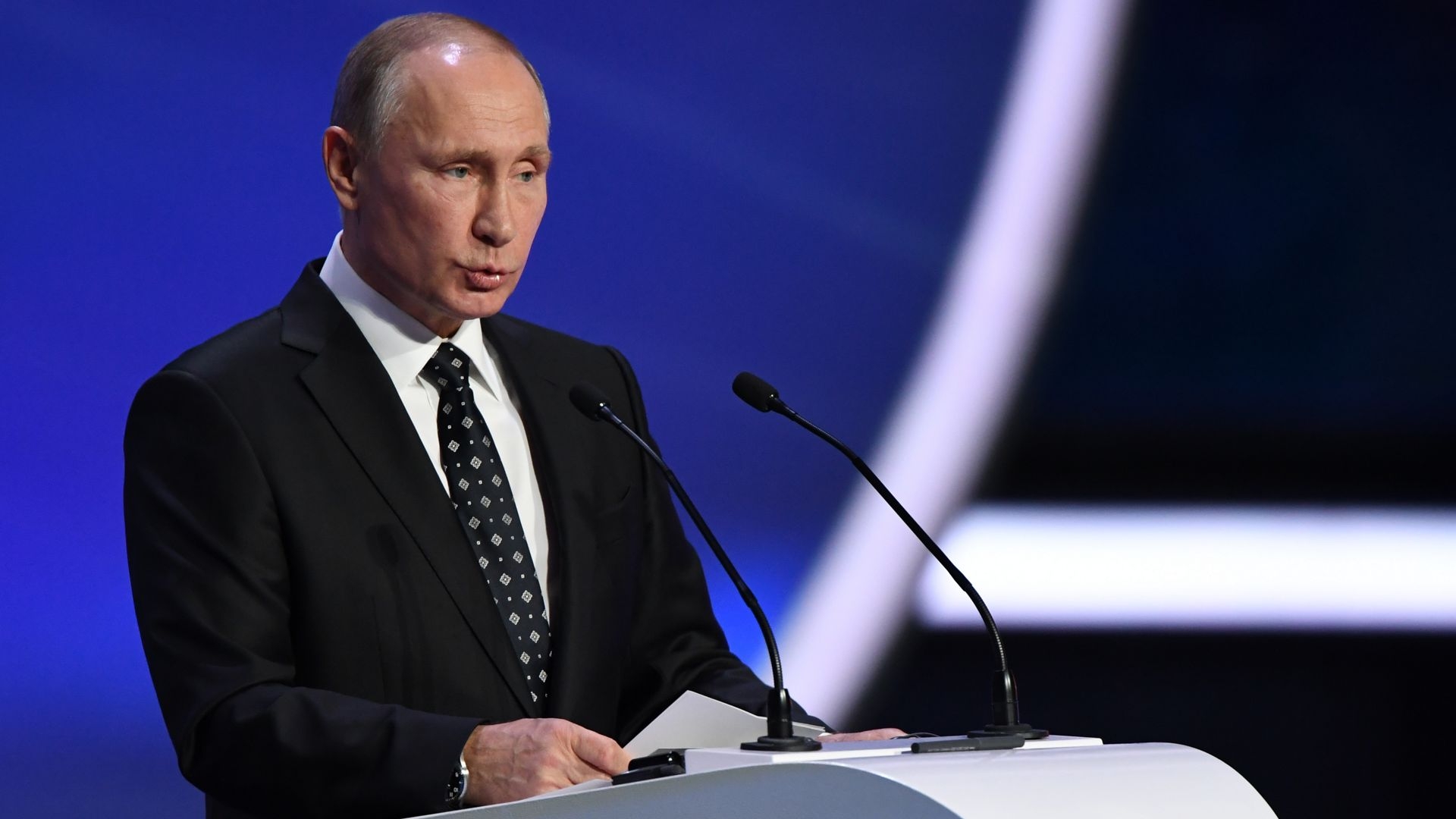 Russian President Vladimir Putin justifies his aggression against Ukraine by the need to protect Russian speakers and rebuild “Russkiy Mir” – the Russian World.

In 2014, the Russian Federation annexed Crimea and declared its plan to take over “Novorossia” – New Russia – as it called Ukraine’s eastern and southern regions. Back then it didn’t succeed and Putin had to content himself with slivers of land around Donetsk and Luhansk. But the goal was not abandoned, and now, eight years later, Russia has started a major war.

But instead of promoting the Russian World, Putin’s actions will end Russia’s remaining cultural, linguistic and political influence in many ex-Soviet regions where it endures even now. Hitler, whom Putin emulates in so many ways, did the same for Germany: having set out to assert German domination in Europe, he instead destroyed German influence everywhere where it had been previously strong.

For at least a century before Hitler, there used to be a concept known as “Mitteleuropa,” the wider areas of Central Europe populated by various nationalities and ethnic groups whose intellectuals used German as the language of high culture. Central European Jews in particular strongly gravitated toward German culture. Jews in Prague spoke German and Franz Kafka wrote his works in German. Joseph Roth, a prominent Austrian novelist, was born in Brody, now Ukraine.

Theodor Herzl, born in a house next to the Great Synagogue in Budapest, was part of that same cultural phenomenon, and so was Sigmund Freud, a Moravian-born son of Galician emigrants. Elias Canetti, a Sephardi Jew from Bulgaria, was probably the last living Mitteleuropa writer when he was awarded the 1981 Nobel Prize for Literature.

The Nazis exterminated German-speaking Jews and those who survived had an understandably aversion to everything German. When my family emigrated from the Soviet Union in the mid-1970s we were helped in New York by Julius Fischer, who had left Vienna as a teenager and refused to speak German the moment he set foot in America – even if he was yet to learn English.

After the war, German minorities were expelled from Poland, Czechoslovakia, Hungary, Romania and Yugoslavia. Germany is the leading economic and political power in the EU, but Germany has a disproportionately small cultural influence.

Last fall, I went on a bicycle trip from Tallinn, Estonia, to Riga, Latvia. All along our route, historic German influence was everywhere. Germans lived on the eastern shores of the Baltic since the Middle Ages, and early in the 20th century their number measured over 150,000, or 5% of the population. Writer Hermann Hesse’s father was a Baltic German born in Estonia.

Both Riga and Tallinn were members of the Hanseatic League, as were other towns in both countries. The Estonian language is close to Finnish, one major distinction being its adoption of many German words. Even after the area became part of the Russian Empire early in the 18th century, German remained the official language in Riga and Tallinn. The German population of Riga measured more than 40%.

Another large minority were Jews. Latvia had nearly 200,000 Jews and Riga and Daugavpils (Dvisnk) had particularly vibrant Jewish communities. Since most Jews spoke Yiddish, a Germanic language that is close to German, it is safe to assume that despite Russification policies, German remained a lingua franca for several ethnic groups.

But now you will be hard-pressed to find anyone who speaks German. As part of the 1939 Molotov-Ribbentrop Pact, Latvia and Estonia were occupied by the USSR and the Baltic German population was “repatriated” to Hitler’s Reich. The Jews – those who had not been deported by Stalin as members of the “exploiter class” – were murdered when the Nazis invaded. Some 50,000 Latvian, German and Austrian Jews perished in the Riga Ghetto.

Instead, there is Russian. During the Soviet times, the government in Moscow built factories and brought workers in to work there. It also encouraged military retirees to settle in the Baltic – perhaps borrowing the idea from the Romans, who used to settle their veterans in newly conquered provinces.

As we biked in the countryside, we found that older people, who went to Soviet schools where Russian was a requirement, generally responded to us in Russian – some reluctantly and others with a bit of nostalgic joy – not for Communism but for an opportunity to use a language they rarely spoke. But younger people had no desire to speak Russian even in the rare cases when they could, and showed off their excellent English instead, since many had worked in the UK.

I’m sure now that Putin has revealed his intentions to rebuild the Soviet Union, both old and young Baltic people want to have even less to do with Russia.

Big cities are another matter. Narva in eastern Estonia and Daugavpils in eastern Latvia are almost entirely Russian-speaking. So is Riga, and Tallinn is not far behind. Many of these Russians prefer to keep their Russian citizenship. A significant number watch Russian propaganda television and side with Putin in his aggression against Ukraine.

The Latvian and Estonian governments tried to deport their Russian minority once they became independent. But they wanted to become part of the EU, and such moves went against EU laws and the inclusive spirit of a united Europe.

Since February 2022, governments in Riga and Tallinn see Putin-sympathizers at home as a serious and immediate threat. Putin’s agent cultivated the fifth column of collaborators in Ukraine who were supposed to open the door to Kyiv.

That didn’t work but the same strategy may succeed with the Russian minority in Latvia and Estonia. Whether Brussels approves of this or not, Russians in those countries may one day soon share the fate of Germans in the Baltic and across Central Europe – with the corresponding end of Russian influence.

The rockets of summer
How about the Emmanuel Macron idea for a two-tier Europe?