Home » The rockets of summer 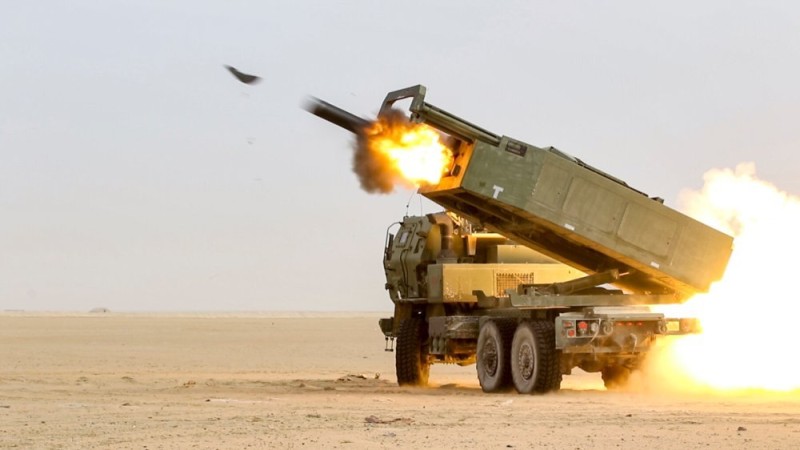 The United States and Britain have now given Ukraine M142 HIMARS and M270 MLRS rocket systems for “defensive” purposes. These weapons have a range of about 40 miles, which means that they can hit Russian towns if launched from inside Ukraine. Russia has a stated doctrinal policy that it may use tactical nuclear weapons under certain conventional war circumstances that might include the use of Western ordnance against targets inside Russia. Given that Russia obviously regards NATO expansion and its military support of Ukraine to be existential threats, what could possibly go wrong?

For several weeks there have been reports of these rockets destroying Russian ammunition depots and command and control centres in eastern Ukraine and even stories of rockets landing in Russia itself. Last month Lithuania announced that it would deny Russian overland access to its Baltic enclave, Kaliningrad, essentially denying Russia direct access to its own territory. Russia has declared that it will respond. This week, Ukraine claims to have hit a Russian airbase in Crimea with precision guided weapons, and fighting continues around Europe’s largest nuclear power plant. With several active avenues of escalation now wide open, the question is not whether the war will escalate catastrophically, but rather, how can it not?

The Western public sees the war as a latter day analog to the Munich Crisis of 1938. It is not. A more accurate comparison would be to the summer of 1914 crisis with October of 1962 weaponry. Hitler was a phobic psychopath bent on world domination; Putin is a hardball realist, a Russian nationalist pushing back after 30 years of NATO enlargement (if we must compare him to a German leader, it should be to a realpolitik consolidationist like Bismarck, rather than a madman like Hitler). Unlike the Wehrmacht of the late 1930s, it is hard to imagine today’s Russian army taking Warsaw, Berlin, or Paris, given that it didn’t make it to Kyiv. It is not 1938. Putin is not Hitler. Ukraine is not Czechoslovakia. And crisis diplomacy to end a dangerous war is not appeasement.

Of course the real geopolitical reason for the escalation is to weaken Russia as a potential rival by degrading its military through an intensified proxy war. The purpose is to defeat and humble Russia.

In his 2012 book, The Sleepwalkers, Cambridge Professor Christopher Clark observes that in July 1914, the Germans believed they could contain the “local war” between Austria and Serbia without it becoming a great power conflict. In operational terms, this is how US policymakers see the war in Ukraine: a vicious local war that can be managed without escalation. But the danger of brinkmanship is that you can never be sure how the other guy will react. Game theory, infused with caution and empathy, worked during the Cuban Missile Crisis; it did not work in Vietnam, where caution, empathy, and historical understanding were lacking. The Germans were wrong in 1914. Russia mobilized, and what followed was the Great War. The Biden administration must feel confident that Russia will not respond disproportionally to continued escalation, even in the face of defeat. But what if they are wrong? After all, they appear to be following a failed military antecedent.

The danger is that past an unpredictable tipping point, events will take on an unplanned course that is beyond human control and rational order. History has a chaotic will of its own that cannot be managed, and the war planners are flirting with the possibility that a mistake or miscalculation could ignite a third world war that would likely turn nuclear. As President Kennedy observed during the Cuban Missile Crisis, “There is always some son of a bitch that doesn’t get the word.” If the US goal of eventually defeating Russia—of throwing Russian forces out of Ukraine—begins to loom into sight, what will stop them from using tactical nuclear weapons?

Of course escalation by itself could trigger a wider war. Since the early 18th century, Russia has been attacked at least six times from the west (1708-1709, 1812, 1853-1856, 1914-1918, 1918-1925, 1941-1944). They value buffer zones and a sphere of influence. They distrust the intentions and assurances of outsiders. If Russia launched its invasion of Ukraine because it felt backed against a wall after three decades of NATO expansion—and this after a promise to move “not one inch” into the former Soviet sphere of influence—then continued escalation will only confirm and intensify this distrust. As Russian spokesman Dmitry Peskov recently acknowledged, “[Russia] will never trust the West again.”

Even if the conflict “simmers down” to a festering war of position in eastern Ukraine, it will remain a dangerous flashpoint that will cost thousands of lives and could easily reignite into a far more dangerous war. It has already ravaged the world economy and promises more of the same, only worse. It is also a distraction from the crises of the environment that threaten us all. The problem with the Great Game is the game itself. It is a wasteful, egotistical, stupid contest and a distraction that the world can no longer afford.

At this point, the West appears to be sleepwalking toward Armageddon via a dangerous proxy war. By supplying precision munitions, training Ukrainians in their use, and sharing actionable intelligence, NATO is doing everything short of actually pushing the launch buttons. The West is essentially at war with Russia already. This is madness.

It is time for the Western allies to stop this insane course of action and to gear all of their efforts toward reaching a diplomatic solution to the war in Ukraine before it is too late.

LIV Golf League: The Rebels are coming!
Putin is putting an end to the ‚Russian World‘ – opinion