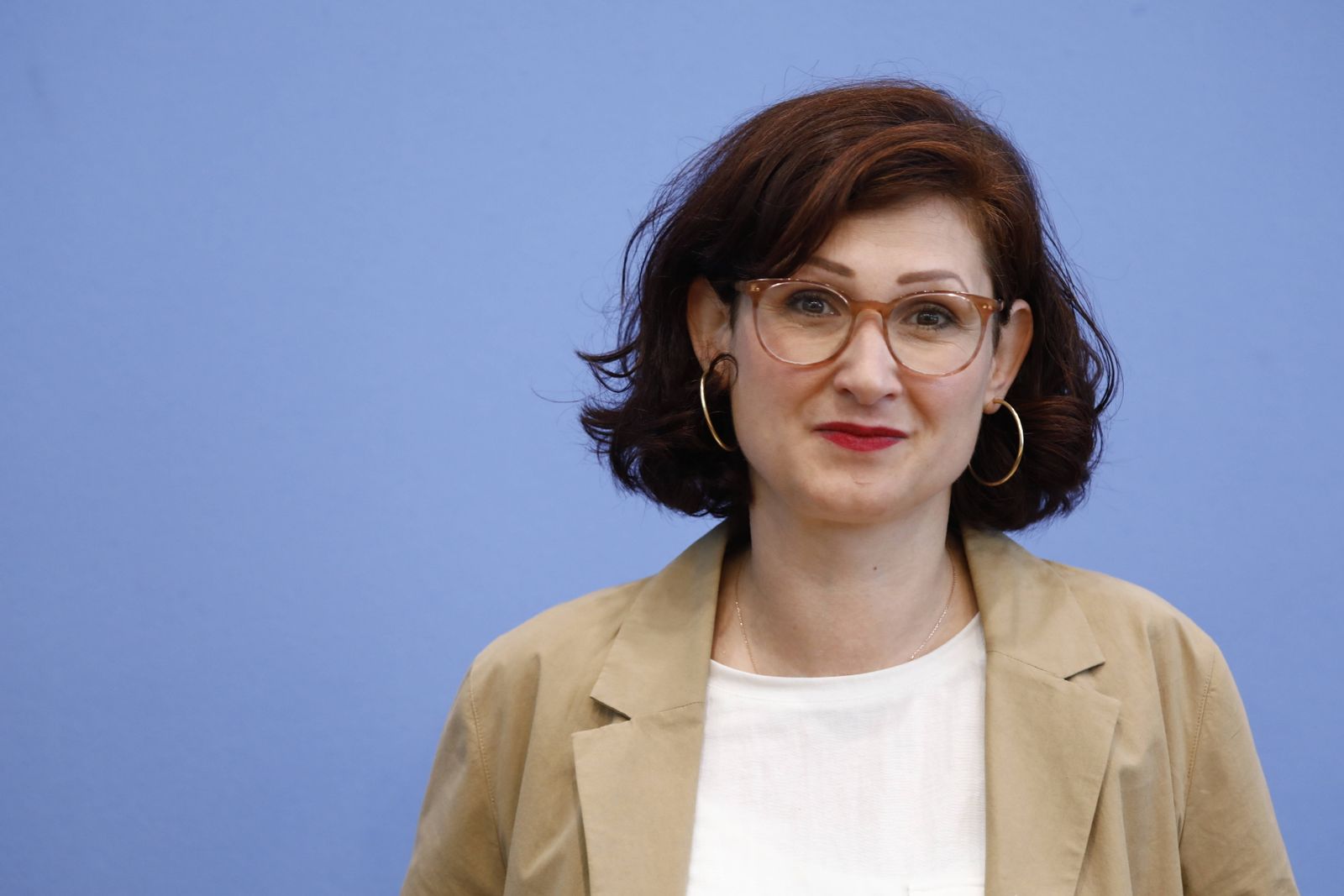 Germany’s Anti-Discrimination Agency (ADS) is set to get its first official leader in four years this week after the ruling coalition nominated journalist and author Ferda Ataman to the post. However, Ataman’s nomination has ignited an intense debate about whether she should be disqualified from the post due — among other things — to a text she wrote two years ago defending the use of a pejorative term for white Germans.

Born in the southwest German city of Stuttgart to parents with roots in the Greek, Turkish, and Sephardic Jewish communities, Ataman, 42, studied political science and began her career as a political speech writer before turning to journalism. She led the ADS press office for several years and was also instrumental in the founding of Mediendienst Integration, a platform for sharing information about immigration and asylum in Germany, and writes for several German media outlets on racism and migration policy.

In January 2020, she penned a column for Der Spiegel magazine discussing the fact that while the German language abounds with terms for people whose parents or grandparents immigrated to Germany — “people with a migration background” being the preferred, almost politically correct term in Germany today — there seems to be no universally agreed-upon name for those with only German ancestry.

Ataman defends the use of ‘potato’

She argued that the term “Kartoffel” (potato) — which is sometimes used by immigrant communities to describe white Germans — is not discriminatory. It “is an internationally beloved vegetable,” she wrote, saying the term is “harmless” and “cute” and can not be compared to labels for non-hegemonic groups that have been soaked in decades or centuries of hatred and oppression.

Ataman described the imbalance in a society where many people born in the country are still labeled “Turkish German,” and said that white Germans often bristle at being called such due to a wish to be “colorblind.”

Her column unleashed a torrent of debate on social media, a debate that has cropped up again now due to her nomination to lead the ADS. A flurry of op-eds criticizing the choice appeared on German media over the weekend, with German-Israeli writer Ahmad Mansour calling her nomination an “appointment for cancel culture and the division of society,” to the Tagesspiegel daily.

In the Berliner Zeitung newspaper, Massud Reza, an expert in education policy for the self-described liberal Ibn Rushd-Goethe Mosque in Berlin, accused Ataman of telling anecdotes instead of focusing on more meaningful examples of everyday racism and of “always conflating immigrants with Muslims,” particularly those from Turkey or the Arab world.

“Ms Ataman has so far mainly attracted attention with clumsy provocations and hard-left ideology,” said CSU lawmaker Andrea Lindholz, accusing the journalist of “insulting the majority society or playing social groups off against each other.”

Although Ataman’s nomination comes from the governing coalition of center-left Social Democrats (SPD), the Green Party, and the neoliberal Free Democrats (FDP), not everyone in the ruling parties has supported the choice. FDP politicians have been particularly strong in their rebukes, with party member Linda Teuteberg saying that the designated ADS leader had “crossed lines” and accusing her of “deleting and cleaning her social media accounts” to evade criticism.

Since her nomination, Ferda Ataman has deleted many of her Tweets. One of them referred to a perceived bias in the German health system: “Somehow I have a suspicion which social groups will get preferential treatment in hospitals when there is a shortage of incubators,” she had written during the first wave of the COVID pandemic in March 2020. Following an onslaught of criticism, she added the remark “I promise to refrain from voicing my concerns over racism in connection with the COVID crisis.” But this is among the dozens of tweets Ataman wiped from her account.

A ˈstrong voiceˈ for those experiencing discrimination

Ataman’s defenders, including SPD lawmaker Sawsan Chebli, have praised her for the wealth of experience she brings to the job and her courage in speaking uncomfortable truths to Germany’s white majority. Chebli wrote on Twitter that the campaign against Ataman was part of a “systemic” intolerance towards Muslims or those who “read as Muslim.”

Lisa Paus, the Green politician and federal Family Affairs Minister who nominated her, said Ataman “stands for strong engagement and an inclusive, democratic society” and that she would “provide a strong voice for anyone experiencing discrimination in Germany.”

Should her nomination be successful when it comes to a vote later this week, Ataman will be the first officially appointed leader of the Anti-Discrimination Agency in four years, when the previous head retired. A sign, according to some analysts, of the office’s toothlessness and perceived insignificance in the eyes of the federal government.

Created in 2006 as an independent office within the Federal Ministry for Family Affairs, the ADS offers counseling to those who have experienced or witnessed discrimination, conducts research, and submits reports to the Bundestag. It does not act on behalf of those discriminated against in any legal sense, as similar offices in other western countries such as the US or UK do. Indeed, there is no federal anti-discrimination law to enforce.

Although nationwide surveys show that 65% of Germans take racism very seriously, and have experienced or seen it at least once in their lives, Germany’s constitution, the Basic Law, speaks in Article 3 of the right to “equal treatment,” but not to live free from discrimination.

Despite a much smaller budget and less personnel than its counterpart in the UK, for example, Germany’s ADS provides an essential service and has completed crucial projects such as last year’s Afrocensus, the first-ever census carried out exclusively to collect data on and address the needs of the Afro-German community.