Vaccine Breakthrough Could Finally Bring COVID to Its Knees 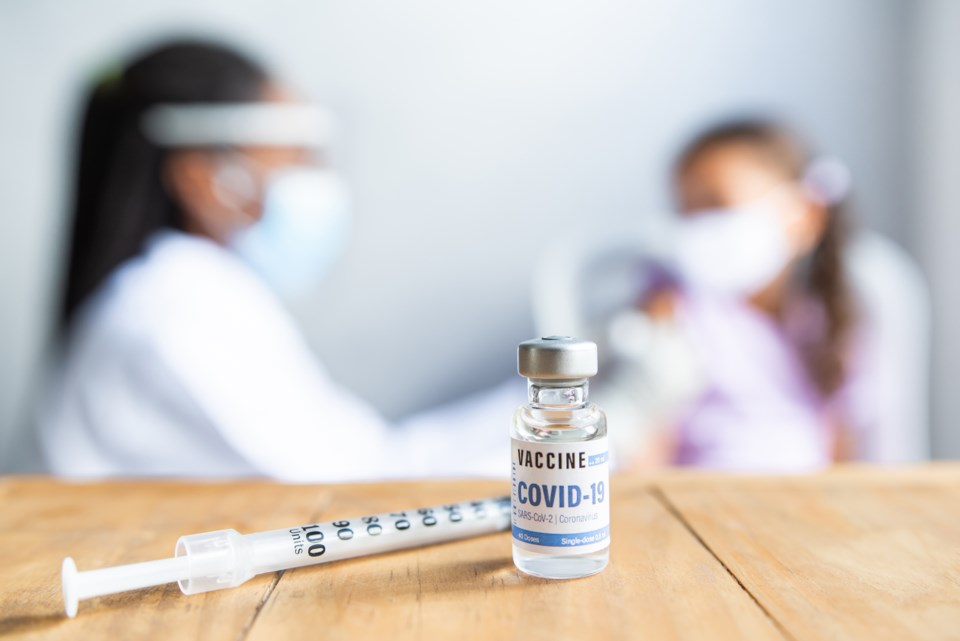 A new discovery in the fight against COVID could lead to a long-lasting vaccine that works on all variants of the ever-mutating virus.

With new COVID variants and subvariants evolving faster and faster, each chipping away at the effectiveness of the leading vaccines, the hunt is on for a new kind of vaccine—one that works equally well on current and future forms of the novel coronavirus.

Now researchers at the National Institutes of Health in Maryland think they’ve found a new approach to vaccine design that could lead them to a long-lasting jab. As a bonus, it also might work on other coronaviruses, not just the SARS-CoV-2 virus that causes COVID-19.

The NIH team reported its findings in a peer-reviewed study that appeared in the journal Cell Host & Microbe earlier this month.

The key to the NIH’s potential vaccine design is a part of the virus called the “spine helix.” It’s a coil-shaped structure inside the spike protein, the part of the virus that helps it grab onto and infect our cells.

That gives scientists “hope that an antibody targeting this region will be more durable and broadly effective,” Joshua Tan, the lead scientist on the NIH team, told The Daily Beast.

Vaccines that target and “bind,” say, the receptor-binding domain region of the spike protein might lose effectiveness if the virus evolves within that region. The great thing about the spine helix, from an immunological standpoint, is that it doesn’t mutate. At least, it hasn’t mutated yet, three years into the COVID pandemic.

So a vaccine that binds the spine helix in SARS-CoV-2 should hold up for a long time. And it should also work on all the other coronaviruses that also include the spine helix—and there are dozens of them, including several such as SARS-CoV-1 and MERS that have already made the leap from animal populations and caused outbreaks in people.

To test their hypothesis, the NIH researchers extracted antibodies from 19 recovering COVID patients and tested them on samples of five different coronaviruses, including SARS-CoV-2, SARS-CoV-1 and MERS. Of the 55 different antibodies, most zeroed in on parts of the virus that tend to mutate a lot. Just 11 targeted the spine helix.

But those 11 that went after the spine helix worked better, on average, on four of the coronaviruses. (A fifth virus, HCoV-NL63, shrugged off all the antibodies.) The NIH team isolated the best spine-helix antibody, COV89-22, and also tested it on hamsters infected with the latest subvariants of the Omicron variant of COVID. “Hamsters treated with COV89-22 showed a reduced pathology score,” the team found.

The results are promising. “These findings identify a class of… antibodies that broadly neutralize [coronaviruses] by targeting the stem helix,” the researchers wrote.

Don’t break out the champagne quite yet. “Although these data are useful for vaccine design, we have not performed vaccination experiments in this study and thus cannot draw any definitive conclusions with regard to the efficacy of stem helix-based vaccines,” the NIH team warned.

It’s one thing to test a few antibodies on hamsters. It’s another to develop, run trials with and get approval for a whole new class of vaccine. “It is really hard and most things that start out as good ideas fail for one reason or another,” James Lawler, an infectious disease expert at the University of Nebraska Medical Center, told The Daily Beast.

There’s a lot of work to do before a spine-helix vaccine might be available at the corner pharmacy. And there are a lot of things that could derail that work. Additional studies could contradict the NIH team’s results. The new vaccine design might not work as well on people as it does on hamsters.

The new jab could also turn out to be unsafe, impractical to produce or too expensive for widespread distribution. Barton Haynes, a Duke University immunologist, told The Daily Beast he looked at spine-helix vaccine designs last year and concluded they’d be too costly to warrant major investment. The main problem, he said, is that the spine-helix antibodies are less potent and “tough to induce” from their parent B-cells.

The harder the pharmaceutical industry has to work to produce a vaccine, and the more vaccine it has to pack into a single dose in order to compensate for lower potency, the less cost-effective a vaccine becomes for mass-production.

Maybe a spine-helix jab is in our future. Or maybe not. Either way, it’s encouraging that scientists are making incremental progress toward a more universal coronavirus vaccine. One that could work for many years on a wide array of related viruses.

COVID for one isn’t going anywhere. And with each mutation, it risks becoming unrecognizable to the current vaccines. What we need is a vaccine that’s mutation-proof.