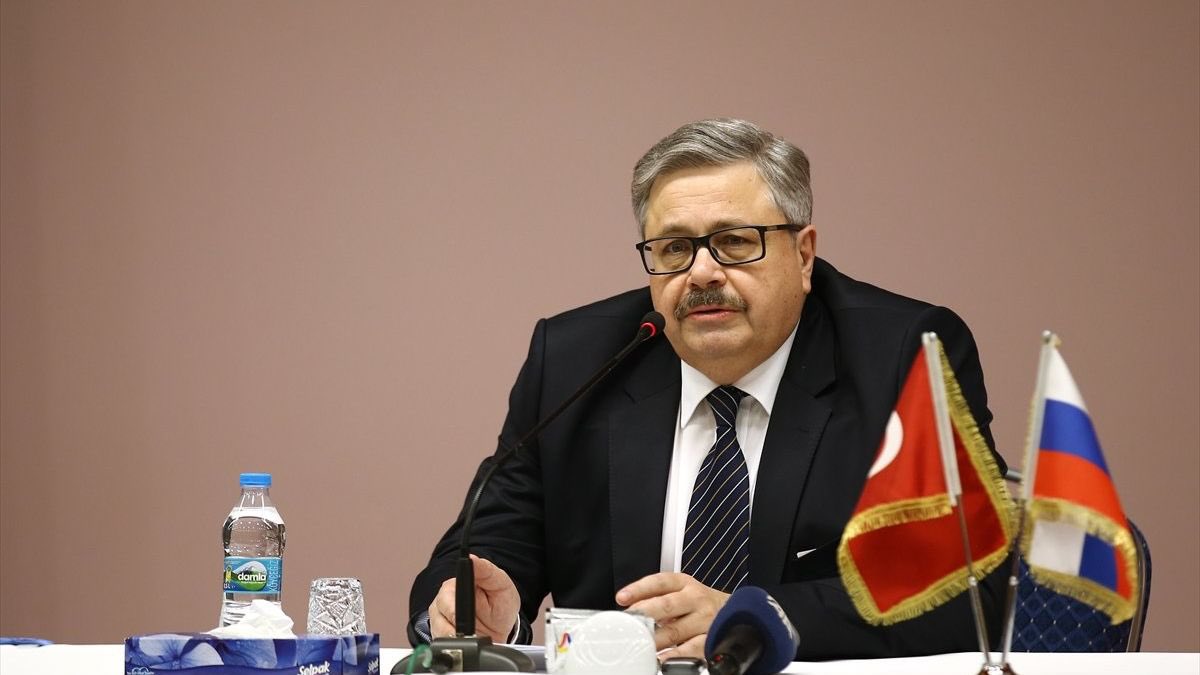 Answering Yeni Shafak’s questions, Yerkhov said that Turkiye’s contribution to peace in the Ukraine-Russia war cannot be denied and hopefully, Turkish diplomacy will be able to play a positive role in resuming the negotiations.

“Peace is what we all strive for, and the efforts of Turkiye and its leadership to find a negotiated solution, for example in Ukraine, deserve the greatest appreciation. Turkiye is working tirelessly in this direction and is generally successful. For this, it is enough to remember the meeting of the three foreign ministers in Antalya or the negotiations in Istanbul Dolmabahce Palace. Significant progress was made there, but Ukraine later rejected them. We know and appreciate that Turkiye is constantly emphasizing its readiness to host new Russian-Ukrainian contacts on its territory (although it is not Russia that rejects them but Kyiv and the West that oppose the process),” the ambassador stressed.

Commenting on the future of the Turkiye-Russia relations, Yerkhov emphasized that Russia, which has been provoked against Turkiye for ages, has suddenly become important to it, at the same time Russia needs Turkiye more and views it as valuable.

“This situation forces us not only to bring our bilateral relations with a new perspective closer but also to take the most decisive steps for the gradual development of bilateral relations in the best interests of the two countries. And today it turns out that harmonizing each other’s interests is not only possible but necessary. I say without exaggeration; this is vital for our peoples,” the envoy stressed.

Both Vladimir Putin and Recep Tayyip Erdogan have set a positive example for Russian and Turkish government bodies in this respect, the ambassador added.

“This year alone, our leaders met twice in person and made ten phone calls. It is clear that there will be more contacts because the year is not over yet. Dialogue between our relevant institutions continues actively. Thus, we pave the way for a common future through joint efforts that concern both sides. Maybe someone doesn’t like it, but those who want to resist the normal course of events need to understand that life goes on and it cannot be stopped. The people’s desire for friendship and collaboration is unbreakable and compelling. Therefore, we will continue to work and develop the potential of bilateral cooperation,” Yerkhov underlined.

Touching upon the situation around the Zaporizhzhya Nuclear Power Plant, the envoy pointed out that the Western media, as always, distorts and sometimes blatantly lies about the issue.

“The situation is very simple: the Zaporizhzhya Nuclear Power Plant was taken under control by the Russian army in March 2022. This is the largest nuclear facility with six reactors with a total capacity of 6,000 megawatts. Its safety is of the utmost importance, the example of Chornobyl is vivid in our memory, showing how dangerous a leak of nuclear material can be, and what can happen if a projectile hits one of the ‘sensitive’ units of the station. Damage to the used nuclear fuel storage facility at the power plant could be even more dangerous. The facility consists of 380 concrete containers containing ‘fuel bundles’ removed from the reactor. If this warehouse is bombed, the damage could be worse than Chornobyl, experts say, and the radioactive ‘trace’ could reach Turkiye’s northern coast,” he added.

Yerkhov stressed that since early July, the NPP is being targeted by the Ukrainian armed forces and in recent days the bombardments have become regular and intense due to Kyiv receiving more new arms shipments.

The ambassador dismissed the Western media accusation of the Russian army bombing the power plant, describing it as “absurd”.

“Russia is ready to open the nuclear power plant for monitoring by international experts, mainly from the International Atomic Energy Agency. We hope that, unlike in the past, the planned monitoring will not be canceled at the last moment and experts will come and see the truth that is on our side,” he concluded.