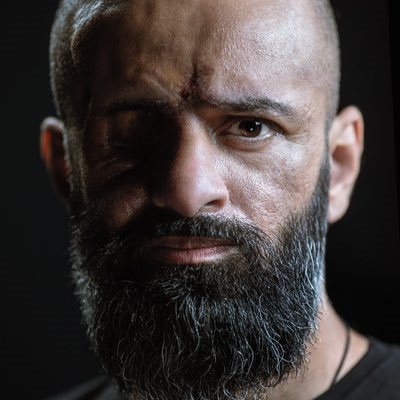 Powerful explosions rocked an air base in Russian-occupied Crimea on Tuesday, and while the Defence Ministry in Moscow said that nobody was injured in the explosion, local authorities said at least one person was killed and several others were wounded.

Russia’s Defense Ministry said that munitions blew up at the Saki base, and it emphasized that the installation had not been shelled.

„Several munitions intended for aviation exploded in a depot located on the territory of the Saki military airfield, near the locality of Novofiodorovka,“ the statement said, quoted by Russian news agencies.

Ukrainian social networks were abuzz with speculation that it was hit by Ukrainian-fired long-range missiles, and Ukrainian sources confirmed it was their military that carried out the attack. There has been no official confirmation as yet.

Ukraine: Rise in number of premature babies since start of war

The war in Ukraine has led to an increase in premature births in health centres, the global health agency Unitaid said, sending oxygen therapy equipment to help babies.

The Russian invasion of Ukraine is „increasing the stress level of pregnant women, leading to an increase in the number of premature births reported,“ Unitaid spokesman Hervé Verhoosel told a news conference in Geneva on Tuesday.

Unitaid has sent 220 oxygen delivery devices and 125 oxygen blender systems (to adjust the concentration of oxygen). They are now available in 25 centres across the country, 17 of which are perinatal centres.

„In some of the hospitals our partners talked to during the training on the use of the equipment, there were increases of 12 to 40%,“ Verhoosel said.

„But you have to put this into perspective slightly. For the moment, given the situation, many of the more traditional, uncomplicated births are not taking place in hospitals, which are more likely to receive difficult cases. This contributes to the increase in the percentages. But the increase is real,“ he told AFP.

The conflict in Ukraine has damaged or destroyed many hospitals.

„This puts thousands of newborns at high risk of disability or death due to lack of access to oxygen, necessary equipment and essential treatment,“ the Unitaid spokesman said.

To date, the World Health Organisation (WHO) has verified 434 attacks on health services since the Russian invasion of Ukraine, 366 of which have affected health facilities.

The leaders of Estonia and Finland want other EU countries to stop issuing tourist visas to Russian citizens, saying they should not be able to travel to Europe on holiday while the Kremlin carries out a devastating war in Ukraine.

Estonian Prime Minister Kaja Kallas wrote on Tuesday that “visiting Europe is a privilege, not a human right” and that it is “time to end tourism from Russia now”.

A day earlier, her Finnish counterpart Sanna Marin said in a TV interview that „it is not right that while Russia is waging an aggressive, brutal war of aggression in Europe, Russians can live a normal life, travel in Europe, be tourists.“

A senior Russian diplomat said Tuesday that Moscow’s decision to declare a freeze on US inspections of its nuclear arsenals under a key arms control treaty was triggered by Washington’s push for a quick visit by inspectors.

Deputy Foreign Minister Sergei Ryabkov said the US demand for Russia to immediately allow an inspection trip under the New START treaty looked like an “open provocation” amid the current US-Russian tensions.

“A notice about the US intention to perform an inspection on our territory in the nearest days became a trigger,” Ryabkov said in a statement posted on the Russian Foreign Ministry’s website.

The ministry responded Monday by announcing a temporary halt on US inspections. It argued that the sanctions on Russian flights imposed by America and its allies, visa restrictions and other obstacles effectively have made it impossible for Russian military experts to visit US nuclear weapons sites, giving the Americans “unilateral advantages.”

The Biden administration had no immediate public response to the move.

Several countries in Europe dependent on Russian energy suffered another blow with confirmation Tuesday that oil shipments have stopped through a critical pipeline.

Russian state pipeline operator Transneft said it halted shipments through the southern branch of the Druzhba oil pipeline, which flows through Ukraine to the Czech Republic, Slovakia and Hungary.

Transneft cited complications due to European Union sanctions for its action on 4 August, saying its payment to the company’s Ukrainian counterpart was refused.

The northern leg of the Druzhba pipeline, which runs through Belarus to Poland and Germany, was unaffected, Transneft reported.

EU leaders agreed in May to embargo most Russian oil imports by the end of the year as part of the bloc’s sanctions over Moscow’s war in Ukraine.

Russia has also curtailed natural gas shipments to Europe after most countries refused to abide by Russian President Vladimir Putin’s wartime order requiring payments in roubles instead of dollars or euros.