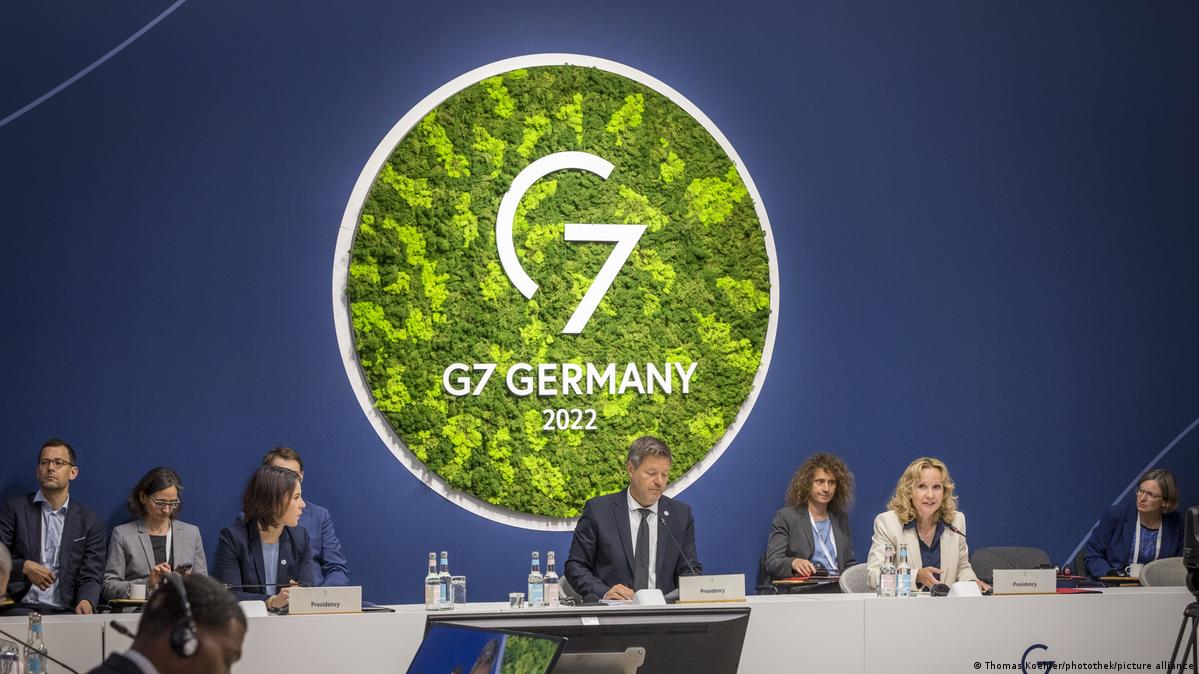 As of October 2021, the G7 — comprising Canada, Germany, France, Italy, Japan, the United Kingdom and the United States — accounted for a quarter of the world’s carbon emissions and nearly 40 percent of the global economy.

As some of the world’s wealthiest, most influential powers, these nations have both a clear opportunity and an essential responsibility to recognize the increasingly negative impact of the climate crisis — and crucially, they must lead in action, starting now.

States have unique powers to use fiscal and monetary policy to speed up the transition to zero carbon, and few are as powerful in this regard as the G7 countries. From national rollouts of renewable energy to boosting local public transport, every policy that will cut carbon emissions needs whole-of-government support to work most effectively — and the starting point is to stop actively doing harm.

At COP26, the G7 pledged to end all “inefficient” fossil fuel subsidies by 2025, and yet this begs an obvious question: All fossil fuels accelerate the climate crisis, so which ones are an efficient use of public money?

Creating an economic environment where emissions reductions are actively incentivized is often framed as a “cost” by those opposed to serious climate action — but nothing could be further from the truth. In the U.K., cutting green energy policies has added billions onto energy bills, and in Germany, €65.4 billion is spent every year on environmentally harmful subsidies.

Climate action isn’t a cost, it’s the greatest investment we could possibly make.

Globally, renewable energy has never been more effective or affordable — the cost of switching from coal to renewables has fallen by 99 percent since 2010, and the U.N. has stated that a switch to renewable energy and low-carbon economies could be worth trillions of dollars. There’s also the unquantifiable but fundamental issue of the vast human suffering the climate crisis will cause.

A stable climate, food security, clean air and water, even better public health — ending the age of fossil fuels helps provide every single one of these at once. However, the extent to which they can be secured depends on the pace and scale of how we go about cutting emissions.

The U.N. said in 2019 that we need to cut emissions by 7.6 percent to meet the 1.5 degree target of the Paris Agreement. Lofty speeches promising “net zero” by 2050 and as-yet non-existent silver bullet technology aren’t going to work here, and they’re actively undermining the possibility of meaningful climate action, giving polluting companies a free pass to carry on.

At this upcoming G7 meeting in June, hosted by Germany, members must commit to better, faster, stronger climate action for a more sustainable future for us all. They must also recognize the fact they’ve historically benefited from carbon-heavy economies and that their outsized carbon emissions drive climate injustice around the globe.

The nations that have done the least to cause the climate crisis are almost invariably those experiencing its worst impacts: 99 percent of all deaths from weather-related disasters occur in the world’s 50 least-developed countries — countries that have contributed less than 1 percent of global carbon emissions. Those who survive are often forced to move, with 41 people forced from their homes every minute by the climate crisis since 2008.

This is a human tragedy on an almost unimaginable scale, and we know the companies, governments and world leaders that are responsible. The G7 can and must push for strong, legally binding targets for decisive climate action, with accountability for those failing to act. It’s also clear that wealthy nations can and must provide strong funding for adaptation, as well as for loss and damage funds, to compensate those already affected by the climate crisis.

But there are some changes we simply can’t adapt to.

To gauge this, scientists use a measure of combined heat and humidity called “wet bulb temperature.” When this exceeds 35 degrees Celsius, human beings can’t stand to be outside for more than a few hours — even in perfect health, under the shade and with access to water — our bodies simply can’t cool down quickly enough and risk fatal organ failure. The frequency of dangerously high wet bulb temperatures is rapidly increasing, outstripping projections and reminding us that there’s only so much we can achieve through adaptation.

We can’t delay any longer. The last few weeks alone have seen devastating floods kill hundreds in South Africa, the sixth major flood in a matter of months in Queensland, Australia and a heatwave exposing over a billion people to dangerous heat in India and Pakistan — and this will only continue.

If we want a habitable, sustainable planet, ultimately the most important step is to mitigate the climate crisis by bringing a swift transition to zero-carbon economies, while drawing existing carbon out of the atmosphere by restoring carbon-rich natural ecosystems.

As the countries with the greatest power and responsibility, the G7 can’t miss their chance to begin this process in earnest during their meeting in June — it’s an opportunity for decisive climate action that we simply can’t afford to miss.