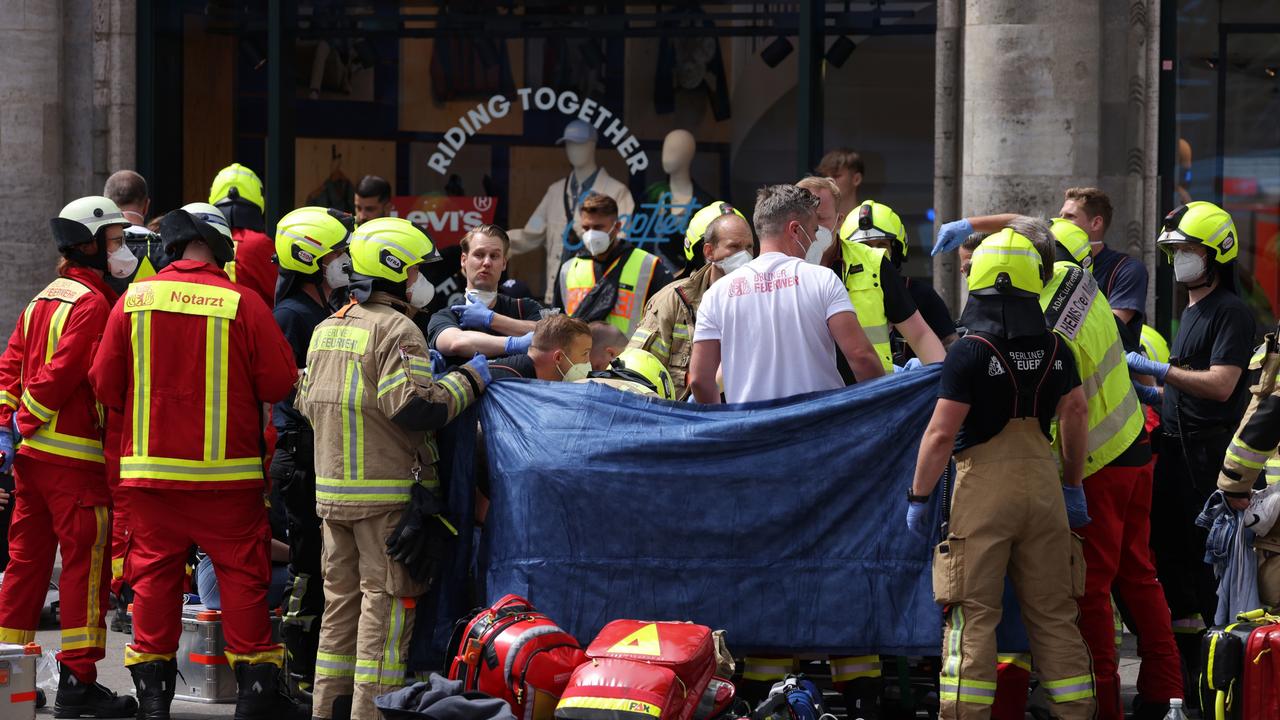 John, 55, opened up about being caught up in the horrifying car crash in Berlin, where he saw “bodies all over the place”.

On Wednesday (June 8), at least 30 people were injured, including five with life-threatening injuries and one confirmed dead, at a harrowing scene in Rankestrasse in Charlottenburg.

John told his Twitter followers he heard a huge noise and saw a car revving it down the road, running someone over before returning down the same road.

During an appearance on GB News, John opened up about how he witnessed the attack on pedestrians and explained that he and his husband Scott Gill spotted a body on the road.

He told GB news: “We came out of a shop which was directly across the street from where the incident happened.

“And we thought at first it was a traffic accident. We saw the car that had gone through the café area and then gone into the store front window.

„My husband Scott went over to the incident. I followed him over and we saw somebody on the ground being dragged away because the car door to the Renault Clio was open.

“So clearly the driver had been taken out. We then headed down to the bank where we were going to change the money and that’s when we saw the dead body in the middle of the street. And we realised that something bigger is happening here.

“The people who were at the top, you know where the car went in the window, didn’t know that the person was dead down there. That was when we saw other people on the ground.”

He said help arrived quickly to the scene.

“Within seconds those emergency service people appeared and started treating people,” he told.

“I thought they were dead but they started treating them. One person was thrown onto a stretcher and other people were being given CPR and treated.”

“It was carnage from what we saw, we kind of walked the path before they brought other emergency services in who then cordoned everybody off.”

The police identified the driver as a 29-year-old German man of Armenian origin who lives in Berlin.